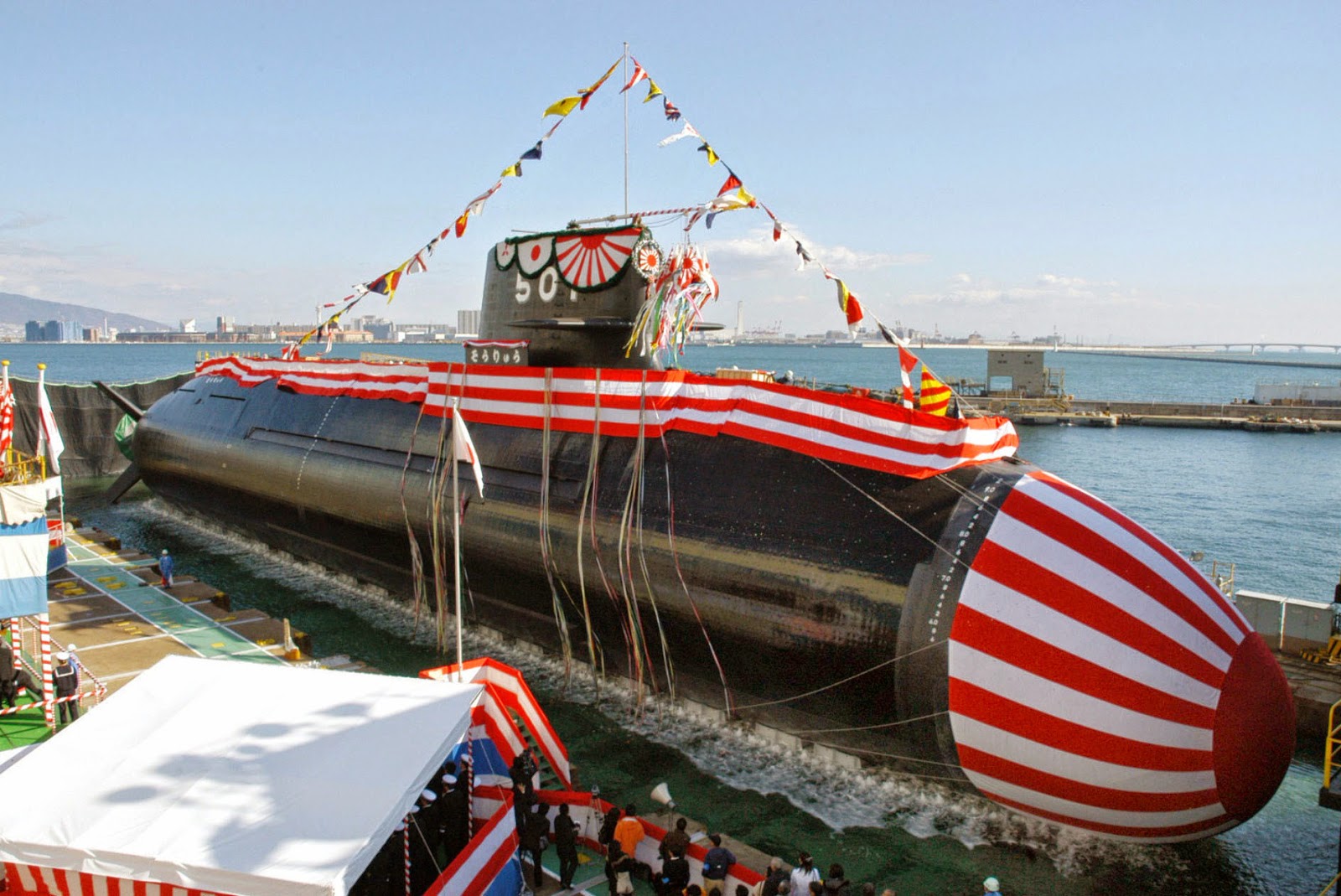 Something similar is underway today across Asia and the South Pacific only this time its a naval arms race focused on submarine superiority.  We don't hear much about it but just about every player from the Sea of Japan, the South China Sea, the Indian Ocean and the south/central Pacific is rapidly rearming with submarines.

Even the city state of Singapore has a fleet of six subs, some of which are soon to be replaced with the latest and greatest.  Australia is wrestling with plans to replace its Collins-class boats with up to a dozen new subs.  Vietnam is beginning to deploy new Russian boats.  The Philippines is establishing its own submarine service.  Thailand is following suit.  India, seeking to establish a Blue Water navy has a major submarine programme that includes the development of an indigenous nuclear missile sub.  Pakistan is looking to buy new subs from China.  Japan may amend its constitution to allow the export of new technology submarines to potential customers like Australia.

What's driving all the panic for U-boats is, of course, China and its rapidly expanding naval force.  Now even the US Navy is expressing concerns about the size and capability of China's submarine force.

China now has a larger submarine fleet than that United States, a U.S. admiral said on Wednesday. Speaking to the House Armed Service Committee’s Seapower and Projection Forces Subcommittee (which oversees the U.S. Navy and Marine Corps), Vice Admiral Joseph Mulloy said that China is building some “fairly amazing submarines,” both diesel- and nuclear-powered. Mulloy is the deputy chief of naval operations for capabilities and resources.

Mulloy told the subcommittee that China is “out experimenting and looking at operating and clearly want[s] to be in this world of advanced submarines.” He also noted that China is increasing the geographical area of deployment for its subs, as well as the length of time per deployment.

...Nuclear-power submarines are a particular area of emphasis as China looks to improve its ability to conduct military operations outside its own near seas. China is continuing to produce Jin-class nuclear-powered ballistic missile submarines (SSBNs) and Shang-class nuclear-powered attack submarines (SSNs), and is expected to introduce new models over the next decade (the Type 096 SSBN and Type 095 guided-missile attack submarine or SSGN). For now, however, the DoD reports that diesel-powered subs are still “mainstay of the Chinese submarine force.”


Right now the leading edge in submarine technology is with the ultra-quiet, conventional submarine with AIP or air-independent propulsion. These non-nuclear boats can operate underwater for up to two-weeks at a stretch. The big suppliers are Germany, France, Sweden and, perhaps soon, Japan. The hapless subs Canada operates do no have AIP and are completely outclassed, even when they are fit for duty.

The Royal Canadian Navy did establish a record today.  For the first time since they acquired their second-hand subs from the Brits, three out of the four were operational today.  Tomorrow could be another matter.  No one knows.
Posted by The Mound of Sound at 10:54 AM

"China now has a larger submarine fleet than that United States, a U.S. admiral said on Wednesday."

We heard that language frequently during the Cold War. It is frequently a lie used to frighten Americans and promote the defence industry. So, is Vice Admiral Joseph Mulloy shilling for the submarine business?

Toby has a point, in that numbers don't reflect quality, or even suit tasks.

The key roles for USN Subs is:

Given the differing roles, strenghts, qualities of the USN Sub Force vs. the PLAN Sub Force, Vice Admiral Joseph Malloy is engaging in "fearmongering" and "propaganda", to try to boost USN funding.