Save Yourself, Smoke Weed. This Guy Did and He Became Governor of California. 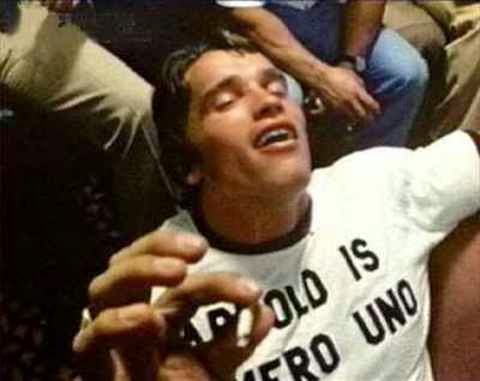 Some pretty eye-opening claims for the medical properties of marijuana.  Four claims in total.  Here's the rundown.  Cannabis actually facilitates the growth of new brain cells.  Next, cannabis prevents Alzheimer's.  The third claim is that cannabis can prevent brain damage after strokes and trauma.  Finally, cannabis extracts have been shown to fight brain cancer.

A cautionary note.  The AlterNet article is written by Dana Larsen who leads a group trying to garner enough support to force the BC government to put marijuana legalization to a referendum.

Still and all, the article does have hyperlinks to studies or reports that seem to bear out his claims.  I think Mr. Larsen's best bet is to focus on this Alzheimer's thing.  We're all terrified of getting it and I expect a good many people would go for something they believed might, just might ward it off.
Posted by The Mound of Sound at 9:04 AM

i saw this story in my email this morning, Mound, but haven't yet had time to click on the links. One of the cautions, of course, is whether or not these studies involve only cells in a lab dish, or mice (don't know why we are spending so much money curing diseases in those damned rodents ;)). If the studies do pan out, well, let's put it this way: I am all for taking prophylactic measures to protect my health.

Hell, Lorne, something worked for Arnold. It must've been the weed.

I have a friend who's a cancer researcher. He says if you can't even cure cancer in mice you shouldn't be in business. Apparently the little buggers get it really easy but you can cure it in 'em really easy.