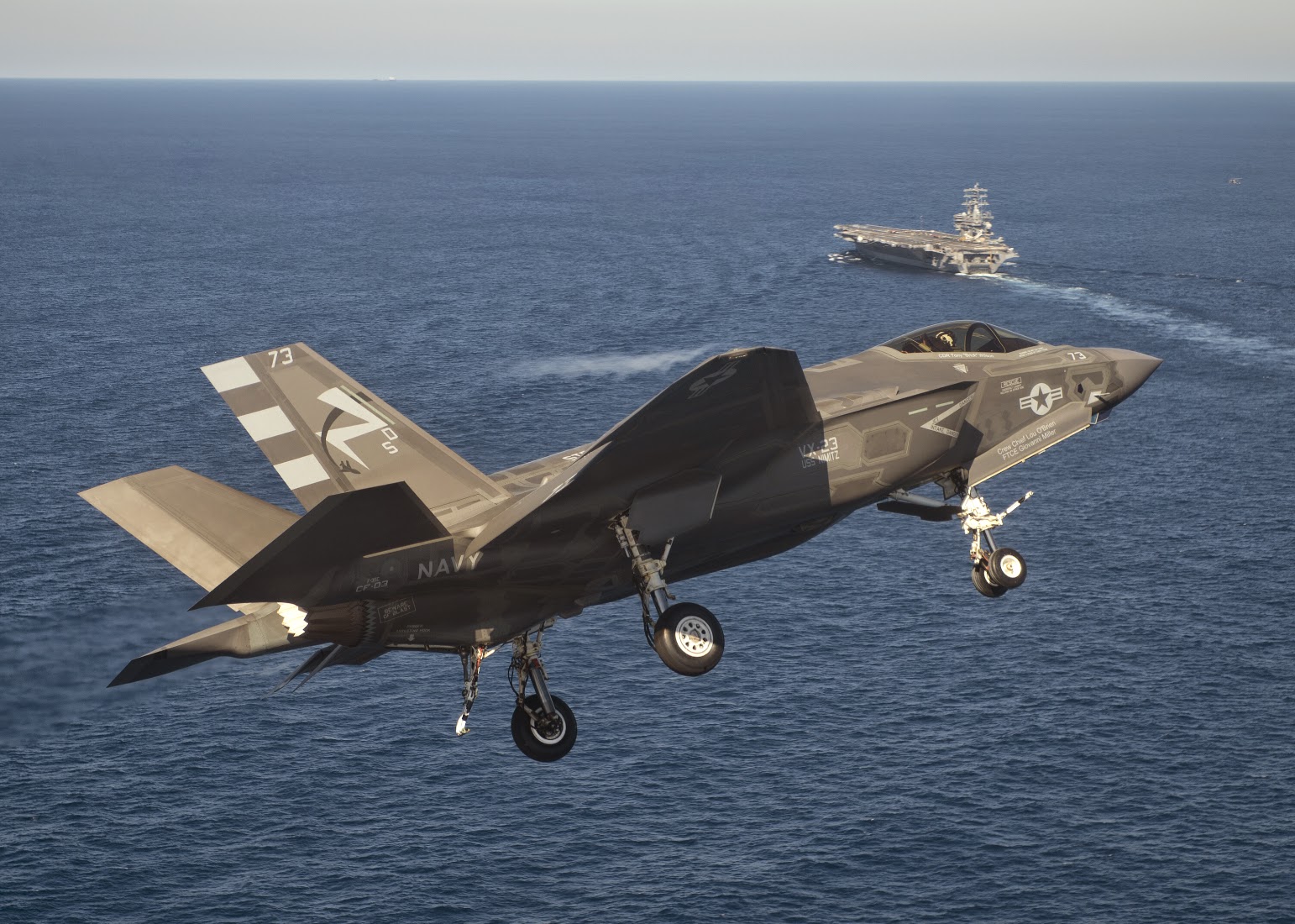 The United States Navy has decided not to put all its eggs in the F-35 basket. The navy has trimmed its order for the 2016-2020 period by full third.  It has also canceled a missile system designed specifically for the over priced, overdue and under-performing light attack bomber.

The USN has decided that money can be put to better uses, mainly a new stand-off missile.

Whistling past the graveyard, the JSF (Joint Strike Fighter) Program Office said the American navy's "commitment to the program remains strong" and that the loss of orders will be made up by international customers.  Yeah, right.

Here's another thing to ponder.  There's a powerful faction of the navy brass that doesn't want the service saddled with the F-35.  It's pushing for the quick development of a replacement warplane, possibly unmanned, with all-aspect stealth, longer range, greater payload, improved agility, etc., etc., etc.  Cutting the existing F-35 order may be a way to keep that door fully open.

Many consider the US Navy to be the 'gold standard' in many areas of project development. The fact that they're backing away from the F-35 project is not surprising.

(this new google captcha is going to make me blind - but you're a corporate kind of guy at heart, aren't you?)

What would be really awesome is if the Marines now slashed their order. That's the service that insisted on this next-gen plane having an option for VSTOL capability. That decree necessitated major compromises in affordability and capability in every version of the plane.

What do you mean, I'm a "corporate kind of guy"? WTF? No, I'm just lazy and Blogger is the only one of these things that I ever learned, even that only marginally. As for Google Captcha - suck it up and quit yer whining.

@ Chris. I read in the Telegraph this morning an assessment of Britain's defence spending crunch that predicted the Royal Navy will have to trim its order for the VSTOL version.

Maybe Pierre Sprey is right. He suggests Washington will build a token 500 F-35's and then quietly kill it in favour of a better warplane.

It'll be interesting to see them trying to "quickly" develop an all-singing, all-dancing replacement plane with all-aspect stealth, longer range, greater payload, improved agility, a pony, the kitchen sink . . .
Using the same political/economic setup that gave us the F-35 in the first place, with the same profiteering, corrupt contractors and procurers.

Although I suppose they'd be able to fix an awful lot of those flaws, basically most of 'em except the stealth, by just adding a second freaking engine.

No, PLG, there'll never be another fiasco like the F-35. Even the Pentagon calls it "acquisition malpractice."

You can't 'fix' the F-35. Stealth is a function of design (angles and ratios), radar absorbent coatings and radar foiling electronics. If you want to go twin engine you would be better off to start from scratch than add a second engine to an already badly compromised design.

Got it, Mound. You're a lazy bastard who likes corporate tools and I'm a whiner who doesn't (although I still take the time to submit comments). If you could take five or ten minutes to figure out how to make your commenting policy less onerous it would be appreciated.