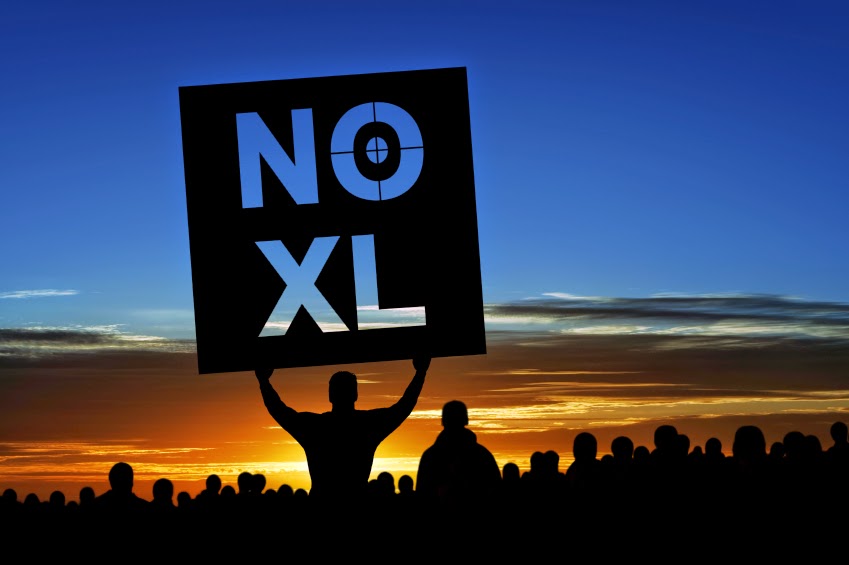 It's said to be Barack Obama's first veto of any significant legislation since he took office.  It comes as no surprise.  He said he would do it.  It doesn't decide the fate of the Keystone XL pipeline one way or the other.

Congress forwarded a bill authorizing the construction of the pipeline.  Obama vetoed the bill.

The president has said he'll take his time and wait until all environmental and regulatory reports are in before deciding on the project.
Posted by The Mound of Sound at 12:53 PM