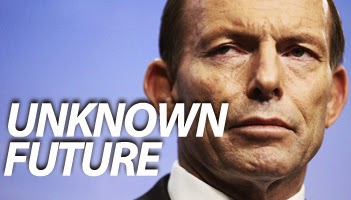 Perhaps Tony Abbott hoped that moving his caucus 'spill' vote to Monday instead of Tuesday would leave his main leadership threat, Malcolm Turnbull, unable to make up his mind whether to challenge the prime minister.

Sorry, Tony.  As it happens, Turnbull's people apparently got to him today and they claim he's going for your job after all.  That, according to some observers, places Abbott's future in real peril.

Guess who's decidedly not pleased by this.  The opposition Labor Party.

Few Liberals believe Abbott can salvage the situation. Watching the PM’s performance as he pleads for more time, you get the impression he might not believe it either.

The Labor Party assumes that Malcolm Turnbull is coming, if not next week, then soon. Bill Shorten and his team have accepted it and they are getting ready.

Fairly quickly after a Liberal leadership change, a Labor source says, they will make a swing to the left, believing that the way Turnbull PM responds will “show the latte sippers he’s not really one of them”.

A Turnbull prime ministership is certainly not what Labor’s strategists wanted. His popularity scares the hell out of them.

So... it all comes down to Monday.  By the time most Canadians get out of bed we should know if Tony Abbott will be forced to face a leadership challenge every observer bar none believes he cannot hope to win.
Posted by The Mound of Sound at 4:21 PM