What Will be Left When We're Done? 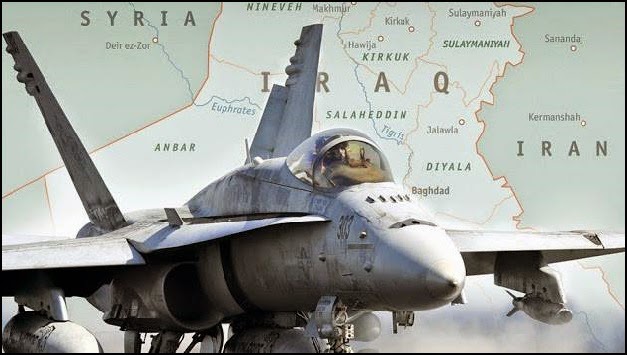 Mosul, Tikrit and Fallujah.  They're Iraqi cities now occupied and controlled by ISIS.  Mosul is Iraq's second largest city.  Tikrit is the home town of Saddam Hussein.  Fallujah is the site of enormous death, destruction and suffering from two major American campaigns against Sunni resistance fighters during the early years of the conquest.

The success or failure of the west's aerial armada against ISIS may be the measure of how long it takes to clear ISIS from these cities and, more importantly, what's left of them when we're done.

If you're old enough you might remember the 68 Tet Offensive.  That's when the Viet Cong and the People's Army of Vietnam launched a countrywide insurgent uprising literally from one end of South Vietnam  to the other.  It caught the Americans and South Vietnamese by surprise even if it really shouldn't have. The guerrillas even managed to occupy the brand spanking new American embassy in Saigon.

The battle most associated with the Tet Offensive is the American campaign to retake the citadel city of Hue, an elegant and ancient city on the banks of the Perfume River. US Marines, backed by ARVN forces, were sent in to drive out the insurgents but, by the time the shooting ended, 40 to 50% of this once grand cultural centre had been flattened.  As one Marine officer put it, "we had to destroy the city to save it."


Will we have to destroy Mosul, Tikrit and Fallujah (for the third time) to save them from ISIS?  That's a distinct possibility.  Western airpower recently enabled the Kurds to drive ISIS forces from the town of Kobani.  ISIS fighters couldn't take the relentless bombing and fled.  Yet, when they were gone, Kobani was a modern-day Hue.

“It’s not a city anymore,” [said Turkish photojournalist, Bulent] Kilic, who TIME named Wire Photographer of the Year in 2014. “I saw all the bombs that were dropped on Kobani during this battle. And there’s only debris left, especially in the eastern part of the town from where ISIS tried to get in.”

There is an alternative but it's not slung from the underwing hardpoints of an F-18.  The other way is to send in troops, infantry with light and medium weapons, to engage ISIS and winkle them out.

The Sydney Morning Herald's Paul McGeough says it's time we recognized that our air war is simply giving the Arab states "a free ride."

Despite legitimate fury by Jordanians over the barbaric murder of one of their fighter pilots, the West continues to give its Arab allies a free ride in the war on the so-called Islamic State.

We are six months into this conflict and, by all accounts, on the verge of what likely will be one of its defining engagements – the battle for Mosul, Iraq's second biggest city, which Baghdad's US-trained security forces abandoned in June last year as the IS marauders moved in from Syria.

So how goes the war? The answer is something of a geopolitical riddle – IS still holds three of Iraq's strategic cities and Baghdad and Washington and its allies celebrate the recapture of relative hamlets. It would be churlish not to acknowledge some battlefield gains – the problem is that they are being over-egged, whereas the cities that remain in IS hands are Mosul, the country's second biggest centre; Tikrit, the late Saddam Hussein's powerbase; and Fallujah, where so much American and Iraqi blood was spilled in 2004.

The big picture remains depressing. As analysts Michael Pregent and Robin Simcox wrote in Foreign Affairs this week: "The US intervention in Iraq helped stall the [IS] advances – it has already lost Kobane [in Syria] . . . and has also suffered significant defeats in Baiji, Jurf al-Sakhar, Diyala and the Mosul Dam [all in Iraq]. In the grand scheme of things, this does not translate into much: of the 55,000 square kilometres of territory [IS] controls, it has lost only 700 – around one per cent.

McGeough points out that even the Pentagon admits that airstrikes are not going to defeat ISIS.  That will require a ground war.

But whose ground troops would they be? These days Iraq effectively has three armies – there's the Iraqi Army, one of the last in the world that you'd want to go into battle alongside; there are the Kurdish Peshmerga, a proven force but whose loyalty to Baghdad is tissue-thin; and then there are freelance Shiite militias, who can fight but whose human rights abuses may well come back to haunt members of the Western-led coalition, before we mention their allegiance to Tehran, which trains and funds them.

During the near-decade of the last US venture in Iraq, the newly minted national security forces sat back and watched as Americans fought an urban guerrilla war. Now, with Mosul, Tikrit and Fallujah beckoning, we'll know soon enough if the Iraqis were paying attention in their US and Australian-conducted retraining.

The tension between the need for a major victory over IS and any confidence that the Iraqi Army might be able to deliver is palpable. Note the hesitation in this observation, attributed to an unnamed US official: "We're very aware of how big of a symbol it would be, to be able to take back one of these major operating areas . . . but we certainly don't want to have the Iraqis go into those types of fight without the proper organisational structure, without the resources needed, such that they'll succeed."

And the political problems facing post-Saddam Iraq dictate that the least capable of the country's fighters - the Iraqi Army - will be asked to deliver victory. Seldom has so much been asked of such an insignificant force.

...The dilemma is this – realistically, it will take years to make the Iraqi Army a fighting force, but that delay means IS gets the same time in which to impose or ingratiate itself in the communities it now controls.

But what about this US-led coalition, of which Jordan has suddenly become the most vocal member? All King Abdullah's sabre-rattling underscores the reluctance by regional leaders to get into a fight that frightens all of them – to the point of some declaring it an existential threat. His Royal Highness rains fire and brimstone on IS, but only from his fighter aircraft in the sky – not with much-needed boots on the ground.

King Abdullah's display of tribal revenge did, however, reveal what a lopsided fight this is. For all the chest-thumping by Arab leaders, Jordanian, Saudi, Bahraini and United Arab Emirates aircraft have executed just 79 of the 946 air strikes on Syria since the start of the air war – and none of them are dropping munitions on Iraqi territory, according to Pentagon data. The UAE suspended their limited missions when the capture of the Jordanian pilot by IS prompted the realisation that people get captured, injured or killed in war.

The coalition is a fiction. The US needed Arab allies to legitimise its war on IS, but their role in the air is minimal and on the ground it is non-existent. Washington didn't even bother to mention that its UAE contingent had gone missing in action as far back as December, returning only to support Jordan in avenging the death of its pilot.

McGeough notes there are too many wheels spinning within wheels for this fiasco not to drag on for years, a good many years.

Galling as it might sound, the stalemate in this crisis could be a new regional normal for longer than anyone would like. Iran will keep messing with Syria or Iraq unless Tehran gets an acceptable outcome in talks with the West on its nuclear program; and Russia needs to keep meddling in Syria as a distraction from its meddling in Ukraine. And Saudi Arabia and the Gulf monarchies will want to keep messing with Tehran and Moscow because . . . well, you get the drift.

All of which raises no end of questions for Western forces and their leaders. We're in now so what next?  Is Iraq even capable of becoming a unitary state again?  Do we go forward somehow?  Do we just hang around bombing anything we can find to hit?  Do we leave?  How much more can we get out of our aging CF-18s?  Why do we once again have no meaningful exit strategy?  Will another flypast over Parliament Hill be enough for Stephen Harper?

It is so easy to get into a war and so difficult to get out. Most people have short memories and love waving flags.

A responsible Canadian government would shun any and all attempts by Americans to enlist us in their very stupid wars. I would take Canada out of NATO.