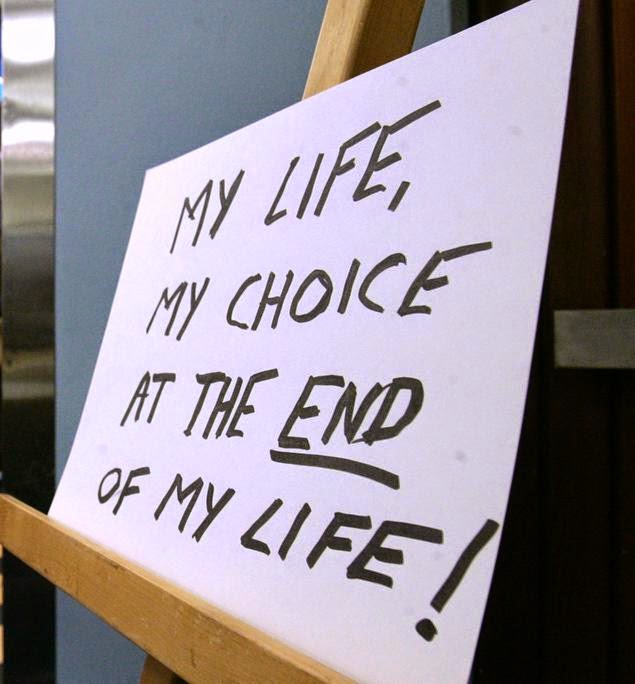 How many of us and our loved ones had to needlessly endure agonizing deaths? How many had to watch their moms or dads waste away?  How many of the terminally ill had to go through months of debilitating and humiliating conditions and treatments as painful as the disease, deprived of any semblance of dignity before they drew their last breath?  By how many days, weeks or months did we drag out their agony?

Those deaths and all that underlying suffering are on the heads of every Liberal, Conservative and New Democrat member of Parliament and on their damned parties to boot.  Every one of those horrible deaths was the butcher's bill for their cowardice.

They refused to repeal a rotten law rooted in religious superstition.  They were afraid to stand up to the abuse that would be spewed out by some pompous bishop or sanctimonious pastor or rabbi or imam.  They were afraid it might somehow cost them in the polls.  The dead don't vote, do they.

This is a proud day for British Columbia for it was here that a Supreme Court judge ignored the SCC decision in Rodriguez to strike down the criminal prohibition on physician assisted suicide. Then today the Supreme Court rectified its own misjudgment in Rodriguez and unanimously upheld the trial verdict.

This is a horrible but important lesson that our Parliamentarians serve their personal interests even at the expense of the country and our people.  Cowards, rank cowards - Trudeau, Mulcair, Harper and all their minions.

Screw the Catholic clergy and every other religious denomination that will rise up in righteous indignation over this long awaited judgment.  Screw them all. Like our political caste they need to understand one thing - there can be no freedom of religion without freedom from religion.

If you think your god really gives a shit if you die a slow, protracted and agonizing death in the name of your religious superstition of choice, then be my guest.  Just keep it down, will ya?

"Screw Them All." Yes, our politicians are cowards on all of the important issues. The MP in my riding is such a Harper puppet that we can see the strings.

Well-said. I have nothing to add to this, Mound.

With a unanimous decision, even Harper's appointees agreed on this one. The Federal Conservatives are being very careful in their response - after basically getting head-butted for trying to take on the SCC previously. Peter MacKay sounds like a frightened puppy in his response.

What about Stephen Fletcher?

"Whose Life Is It Anyway? is a play by Brian Clark adapted from his 1972 television play of the same title, which starred Ian McShane. The stage version was premièred in 1978 at the Mermaid Theatre in London starring Tom Conti as Ken."

"A film adapted by Reginald Rose and directed by John Badham was released in 1981, starring Richard Dreyfuss, John Cassavetes, and Christine Lahti."

When you get right down to it, religion is responsible for all the suffering in the world, past, present and I'm sure the future too.!!