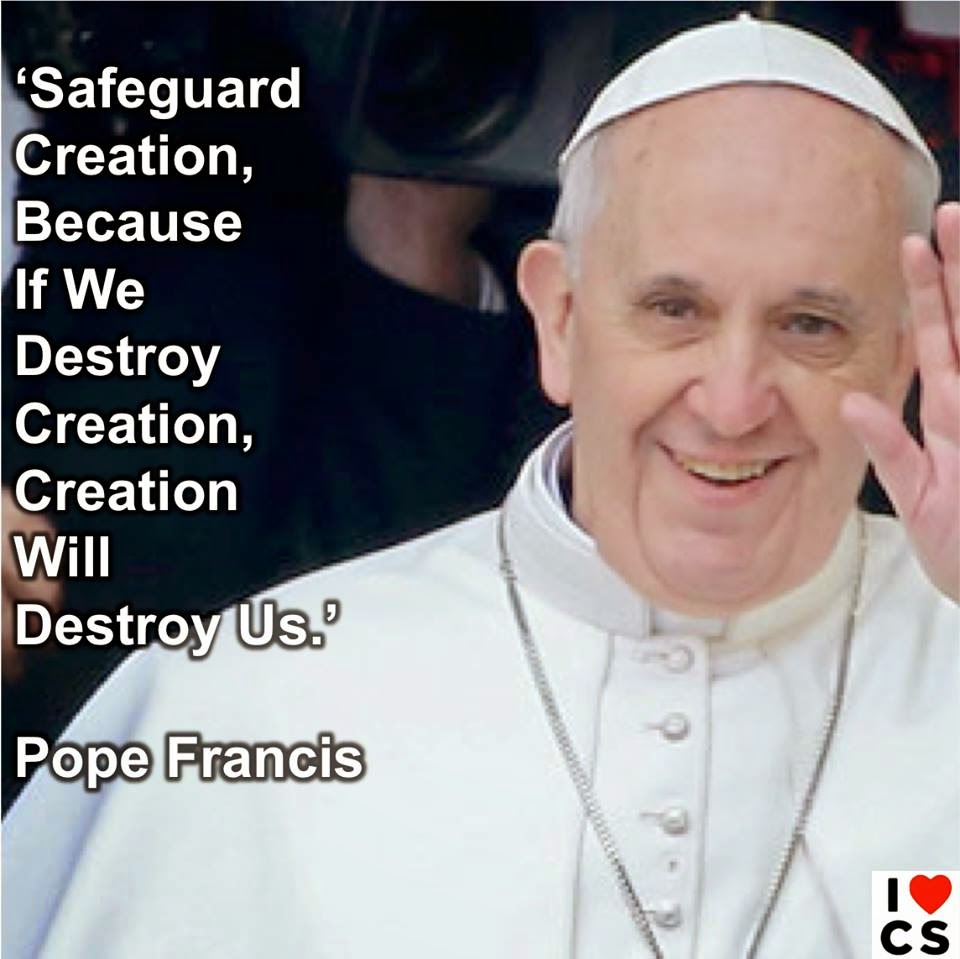 Some are calling it the "Francis effect" after the forceful statements the Pope has made about the need to address climate change.


A significant majority of Americans say combating climate change is a moral issue that obligates them – and world leaders - to reduce carbon emissions, a Reuters/IPSOS poll has found.

The poll of 2,827 Americans was conducted in February to measure the impact of moral language, including interventions by Pope Francis, on the climate change debate. In recent months, the pope has warned about the moral consequences of failing to act on rising global temperatures, which are expected to disproportionately affect the lives of the world’s poor.

The result of the poll suggests that appeals based on ethics could be key to shifting the debate over climate change in the United States, where those demanding action to reduce carbon emissions and those who resist it are often at loggerheads.

Our prime minister's favourite passtime, pimping high-carbon fossil fuels, is pretty plainly immoral.  It's Canada's eager contribution to a great deal of suffering, dislocation and, ultimately, death.  It's the legacy of petro-statehood in the 21st century.  That trafficking in high-carbon bitumen is a disgrace to Canada and establishes our well-deserved reputation as an environmental pariah.  My guess is that Stephen Harper and his minions will be steering well clear of Pope Francis.
Posted by The Mound of Sound at 12:30 PM

Email ThisBlogThis!Share to TwitterShare to FacebookShare to Pinterest
Labels: climate change, morality, US