Wow, Not Quite Sure What to Make of This One. 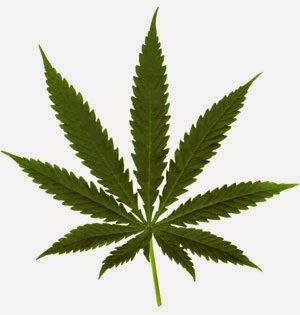 Driving high on pot is safer, a lot safer than driving after drinking.  From the ordinarily staid Washington Post:

A new study from the National Highway Traffic Safety Administration finds that drivers who use marijuana are at a significantly lower risk for a crash than drivers who use alcohol. And after adjusting for age, gender, race and alcohol use, drivers who tested positive for marijuana were no more likely to crash than who had not used any drugs or alcohol prior to driving.

For marijuana, and for a number of other legal and illegal drugs including antidepressants, painkillers, stimulants and the like, there is no statistically significant change in the risk of a crash associated with using that drug prior to driving. But overall alcohol use, measured at a blood alcohol concentration (BAC) threshold of 0.05 or above, increases your odds of a wreck nearly seven-fold.

The study's findings underscore an important point: that the measurable presence of THC (marijuana's primary active ingredient) in a person's system doesn't correlate with impairment in the same way that blood alcohol concentration does. The NHTSA doesn't mince words: "At the current time, specific drug concentration levels cannot be reliably equated with a specific degree of driver impairment."
Posted by The Mound of Sound at 8:57 AM

I have a friend who has done both and by far its safer to travel with him high than low.

"A friend" eh, Steve? In my younger days I have had occasion to drive home from a pub but I've never driven high so I'll have to take their word for it. It is, after all, the Washington Post.

I drove high once - straight into a ditch as I was distracted by something shiny inside the car. Louis CK has a great bit explaining the dangers of driving high. Worst case is this report convincing people they're fine when they might not be. I'd like to know how wasted the study participants were.

I'm all for legalizing weed, but I'd like to keep anyone impaired off the roads.

It's always that damned "shiny thing" isn't it Marie? I do agree that, whether you're impaired through infirmity, prescription meds, booze or pot - you shouldn't be driving.

I drove on coke once and became Sterling Moss.

I drove on acid once at apparently 10 miles a hour for fifteen minutes before the cop told me to park it.

I used to drive drunk back when it was considered acceptable and I was an confident driver.

When I drive and smoke I keep the windows open.