Climate Wars - No Really, Climate as a Weapon Because We Can't Find Enough Ways to Kill Each Other 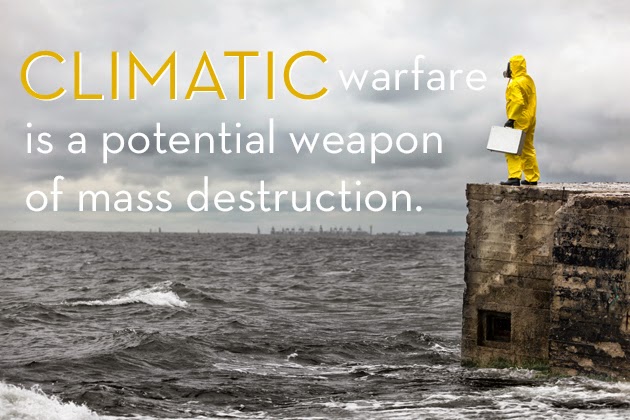 The military use of climate modification has been verboten since 1976 but one Rutgers professor is getting antsy about America's spy agencies' interests in geo-engineering.

Climate scientist Alan Robock, "has called on secretive government agencies to be open about their interest in radical work that explores how to alter the world’s climate."

The US National Academy of Science released a two-volume report last week on the science of geo-engineering.  The report warned about the potential consequences of man-made climate technology and instead urged quick and massive reductions in carbon emissions.

Robock worries that the NAS report was heavily funded by his nation's spy agencies which may be pursuing an undisclosed agenda.

“The CIA was a major funder of the National Academies report so that makes me really worried who is going to be in control,” he said. Other funders included Nasa, the US Department of Energy, and the National Oceanic and Atmospheric Administration.

The CIA established the Center on Climate Change and National Security in 2009, a decision that drew fierce criticism from some Republicans who viewed it as a distraction from more pressing terrorist concerns. The centre was closed down in 2012, but the agency said it would continue to monitor the humanitarian consequences of climate change and the impact on US economic security, albeit not from a dedicated office.

Robock said he became suspicious about the intelligence agencies’ involvement in climate change science after receiving a call from two men who claimed to be CIA consultants three years ago. “They said: ‘We are working for the CIA and we’d like to know if some other country was controlling our climate, would we be able to detect it?’ I think they were also thinking in the back of their minds: ‘If we wanted to control somebody else’s climate could they detect it?’” 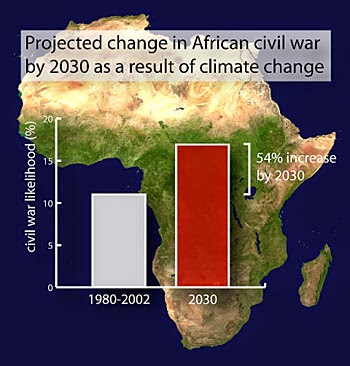 I think the professor is hopelessly naive if he didn't expect his nation's intelligence services to be deeply involved in monitoring all aspects of climate change including geo-engineering.  The Pentagon has been addressing these issues for years, constantly elevating the threats in its last two Quadrennial Defense Reviews.  The military's analysis shows climate change to be a major threat multiplier that will worsen instability and conflict worldwide.  There's also a real risk that a major power might unilaterally resort to geo-engineering to achieve a local benefit that would cause great harm elsewhere in the world.

Using geo-engineering specifically for military purposes seems unimaginable. Weaponizing the climate?  That's a genie you could never put back in the bottle.

*** - the UC Berkeley study relating to this graphic can be found here.
Posted by The Mound of Sound at 10:01 AM