The Germans Get It. When Will We? 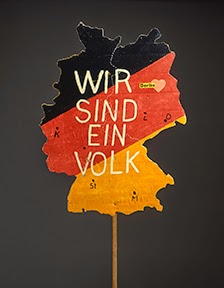 Sixty per cent of Germans believe that capitalism is the cause of poverty and hunger and that real democracy can't be realized under that economic system.  It seems they're not fond of market fundamentalism and neoliberalism.  In fact, they see straight through it.

You might have thought that Germans who live in Europe's economic powerhouse would be true free market capitalists.  You would be wrong.

The survey found that more than 60 percent of Germans believe there is no genuine democracy in their country because industry has too much political influence and that the voice of the voters plays only a subordinate role.

Gee, does any of that sound familiar?

Be nice if a few of them would vote for Die Linke instead of bloody Angela Merkel and her banking cabal, then.

Tell that to Canadians in conversation and they would want to get rid of you. Observed it just an hour ago. Anyong.