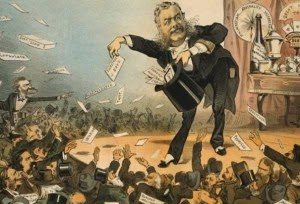 One of the perks that comes with being justice minister is the ability to lay on the pork.  Peter MacKay seems to have that well in hand.  Why, just ask his personal friends - the gang that Peter has appointed to the bench in Nova Scotia.

MacKay was appointed attorney general and justice minister in 2013. Since then, he's made provincial Supreme Court justices of:
MacKay has held the Central Nova seat for the Conservatives since 1997.
Posted by The Mound of Sound at 5:17 PM

The Trinity Western University fiasco was a futuristic attempt at stacking the future courts & eventually Supreme Court with religious ,possibly born again, values.
Got to give it to the Conservatives they think way into the future unlike the what's going to happen tomorrow Liberals & NDP.

I fear how these activist judges will reshape Canada. They were not placed there on merit but on ideology. Sad.