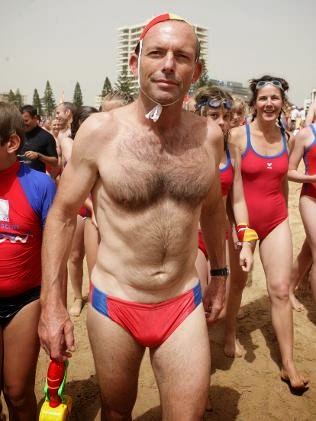 There'll be few calm moments this weekend as Australians prepare for Tuesday's "spill vote" that could see the removal of Tony Abbott as prime minister.

Some Aussies are having a lot of fun with it.  There's a group that blitzkrieged a pro-Abbott twitter account, #ImStickingWithTony.

The Sydney Morning Herald says there are two factors going for Abbott.  First the prime minister only needs a bare majority, 50% + 1, to defeat the spill motion and counting his cabinet members and whips, he's already locked up almost as many votes as he'll need.  The second, and possibly most important, factor is that Abbott's only real rival, Malcolm Turnbull, is playing mute.  Turnbull supporters are urging their guy to come out and declare that he wants to replace Abbott before the Tuesday vote but, so far, he's held back.

Even if Abbott survives, he's probably mortally wounded.  If he just scrapes by he'll look like he's desperately holding onto power.  He'll be an ongoing drag on the party and it'll do nothing to help him regain the acceptance of Australian voters who already consider the guy something of a mean dork.

It's no comfort to the prime minister but the bunch that most wants him to survive is the opposition Labor Party.  Hands down Abbott is the best thing they've got going for them.