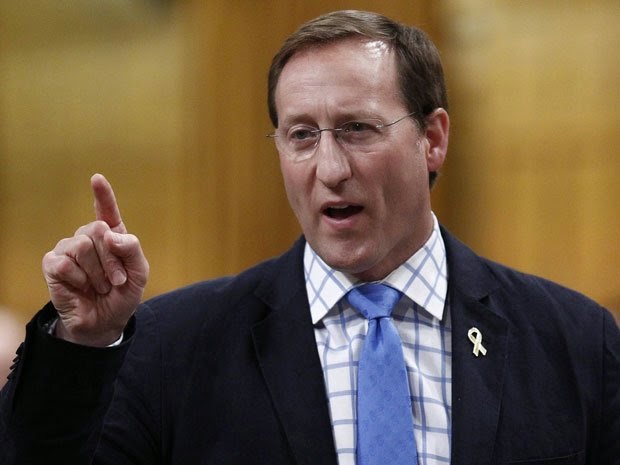 [MacKay] noted the court provided a calendar year to deliver its answer, but said the government will be taking "the time we need" after describing it as an important and far-reaching issue for Canadians.

He acknowledged the decision's timing ahead of a federal election expected in October and said input from a broad array of people will help inform and instruct the government's path forward.

"How it will impact or how it might impact on an election I suppose depends on what happens between now and October, if anything, and how people view this as moving their vote."

For a prime minister like Harper, nothing that can be turned into a wedge issue is off limits.  Nothing.  And if there was ever an issue to pique Harper's basest fundamentalist instincts this is it.

Politicizing death and suffering - Conservatives at their finest.  They'll turn anything and anyone into a political football, even the terminally ill.
Posted by The Mound of Sound at 11:33 AM

They seem to want to make both this and the marijuana issues 'wedge' issues. However, in both cases the clear majority is either on the other side of the issue or just doesn't care that much. I don't see how they can gain any real traction here. There only hope seems to be the so-called "war on terror" issue and they are certainly playing to the max.

Harper's greatest skill is calculation of what he needs to keep his social-conservative base intact. Sure the majority of Canadians supports end of life legislation but how much of that is soft support? Sure we tend to support marijuana legalization but has that really cost Harper at the polls?