Arrachage - The End of a Glorious Past 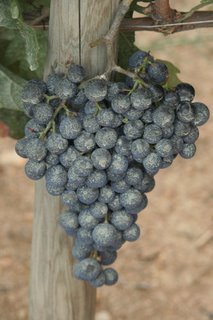 Arrachage is a term the French use to describe ripping out grape vines and it's a word receiving a lot of use today in Bordeaux.

Foreign competition and a decline in national consumption has created an economic body blow to many French vintners. Prices for low-end, vin ordinaire, have slipped to as low as a single euro in some supermarkets. A barrel of wine can now fetch as little as 700 euros, roughly half as much as the price five or six years ago.

Arrachage was once considered a crime tantamount to treason but, with international competition and tumbling prices, some vineyards are going broke. The situation hasn't been helped by a declining demand at home. In the 1960's the French consumed 126 litres of wine per capita. Today that's fallen to 60 litres.

The decline has hit the lowest-end vineyards. Wine growers who produce for the higher-scale brands are faring much better. The prosperous Médoc and St. Emillion appellations have not been affected by the collapse of the market. Their well-known brands continue to sell well at high prices.
Posted by The Mound of Sound at 3:25 PM