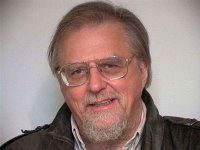 I just thumbed through Gwynne Dyer's 2005 book, "With Every Mistake." It's a compendium of his newspaper columns going back to the attacks of 11 September, 2001 that launched us all on the Global War Without End on Terror. If you haven't read it yet, it's still a very worthwhile read.

In fact, a lot of Dyer's predictions from those early days have turned out to be eerily prescient. He made the case for what he thought out to be done and what would happen if it wasn't. We didn't and, sure enough, it happened.

The Taliban collapsed in November, 2001, when American airpower tipped the balance in the stalemated civil war between the Taliban and the Northern Alliance. It was pushing on an open door. Both sides were exhausted, resorting to static, trench warfare. America wasn't prepared for what happened.

"Four out of five: Mazar-i-Sharif, Herat, Kabul and Jalalabad. All but one of Afghanistan's major cities have been lost by the Taliban and captured by the Northern Alliance in less than a week, and the last, Kandahar, is likely to fall at any time. Neither Washington nor anyone else expected so sudden a collapse. So the burning question at the Pentagon, in the National Security Council, in all the decision-making centres of the United States and other members of its anti-terrorist coalition, is what to do next. The answer is to stop."

"Stop the bombing, above all. It has achieved a lot by breaking up the Taliban's fixed defences and demoralizing its troops, but it can do little more for you now that they are pulling back into the hills and reverting to guerilla warfare.

"...what is the point in just bombing the rural areas of southern Afghanistan? You will kill lots of innocent civilians and drive he rest back into the embrace of the Taliban without accomplishing a single useful thing. Surely the objective now must be to create a competent and broadly based Afghan government as fast as possible, and let it do the work of tracking down the Taliban diehards and 'foreign guests' who linger in the hills.

"As for the US and other Western troops, they should stay just long enough to stabilize the situation and persuade the Northern Alliance that it must share power with other groups. Then they should be replaced with a robust, UN-backed force made up entirely of Muslim troops that stays until the new government is securely on its feet.

"Do all this and you might walk away from Afghanistan with a success on your hands. But remember that you have been very, very lucky, and don't get overconfident. Above all, don't let anybody talk you into attacking Iraq."

Imagine where we would be today if the White House had followed this advice instead of the lunacy pitched by the neo-cons and so warmly welcomed by Cheney, Rumsfeld, Wolfowitz and the rest of that pack? Imagine.
Posted by The Mound of Sound at 9:12 AM

Gwynne Dyer is often more right and right again...
All his books are worth the read.