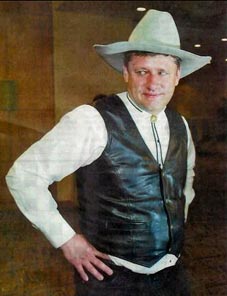 Stephen Harper has made it clear - his newfound environmentalism has limits and he draws that line at Fort Mc Murray.

He wants Canada to become a "clean energy superpower" but not at the expense of the Tar Sands cash cow or offshore oil development. In an interview in the Vancouver Province, Harper said that environmental fixes must not compromise economic growth.

That seems to mean that Harper believes that solving Global Warming begins at home. In shamelessly reviving the Liberal home energy savings subsidies without acknowledging it, we may be seeing the true face of Reform Conservative environmentalism.

It is the Tar Sands that render Alberta the worst, by far, emitter of greenhouse gases in Canada, about a third worse than the tally of the second worst emitter, much larger Ontario. If Harper isn't ready to fight GHG emitters at the source, the rest of his initiatives are largely pandering, window dressing.

Sorry Steve, it's going to take more than putting double-pane windows in some houses. This is going to take genuine sacrifice at every level of our society and that will compromise certain aspects of economic growth. You can't have it both ways and it is the roll of government to lead when problems such as this loom, not skirt the issue.

We need carbon caps as a beginning Steve. It's time to get real.
Posted by The Mound of Sound at 8:24 AM

Remeber that silly "who snubbed who" flap with China? Harper said that his Gnu Government would not sacrifice principles for the almighty buck.

Turns out he was full of shit.

Harper will gladly sacrifice the manufacturing economies of Ontario and Quebec, but Oilberta is a different matter.

I'm not sure if I'll even be upset (for Albertans) when the oil boom goes bust.

All we need are slightly better residential solar PVs (several promising prototypes) and a decent energy storage device.According to rumours, we may be closer to that than we realise.