When There's Just Not Enough Time for Waterboarding 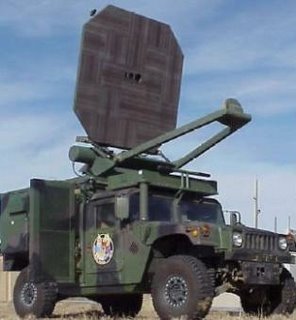 The US military has unveiled its "heat gun" the latest, non-lethal weapon it has developed for "crowd control." The weapon fires a beam of radiation that terrifies those it hits by making them feel they're about to burst into flames. Pretty neat, huh?

"There should be no collateral damage to this," said Senior Airman Adam Navin, 22, of Green Bay, Wis., who has served several tours in Iraq. That was the same view taken when the US military exposed hundreds of its own soldiers to early nuclear weapons tests. Hmm, how did that turn out, by the way? Oh, that's right, a lot of them died of cancers. Ooops!

I expect there are a number of practical problems to the use of this system in the field for crowd control but I can think of one application where it would be just dandy - interrogation. It'll sure save on the water bill.
Posted by The Mound of Sound at 7:22 AM