The Star Scores a Scoop 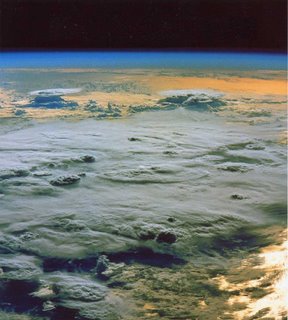 The Toronto Star claims to have gotten the inside track on a UN study to be released on February 2 that will pose a body blow to the global warming doubters.

"A major new United Nations report shows global scientists are more convinced than ever that human activity is causing climate change, the Toronto Star has learned.

"The rate of warming between now and 2030 is likely to be twice that of the previous century, it says.

"And it concludes that most of the global warming since the middle of the last century has been caused by man-made greenhouse gases.

"The report, to be released in Paris Feb. 2, should all but end any debate on climate change and compel governments and industries to take urgent measures to deal with it, scientists say.

"One crucial prediction has been made a bit less worrying: Although sea level is rising – for now, mainly because the oceans are warming to a depth of at least 3,000 metres, and expanding – the estimates for how much it will go up have been lowered.

"Regional forecasts of climate change effects are better than in the previous report, and they predict the greatest warming at northern latitudes and high altitudes, and the least over the North Atlantic and the southern oceans.

"The north faces the biggest increase in precipitation."
Posted by The Mound of Sound at 11:15 AM

That's bittersweet. While I am happy that we finally have a hammer to bang over the heads of the deniers, this is really bad news.

Well there are still some that will never be convinced, the type who get their view of the world from NewsMax or Fox. Day by day their arguments are becoming hopelessly discredited but the extreme few will grumble until they're buried in a mudslide.