Who Did They Think Was Buying? 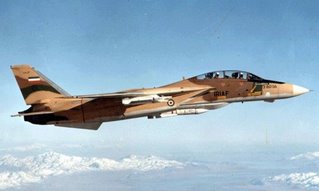 It took a wire service investigation to wake them up but the Pentagon has finally halted all sales of parts from its surplus fleet of F-14s.

The US Department of Defense moved after the Associated Press revealed how buyers for Iran, China and other countries were exploiting gaps in security to acquire sensitive military equipment.

Legislation has now been introduced in the senate to ban all sales of F-14 parts. The US Navy recently retired its F-14s. The only other nation that has them is, why, Iran. Let's see, if there's only one country operating this aircraft, who might be wanting the spares? Could it be - Iran?
Posted by The Mound of Sound at 2:27 PM