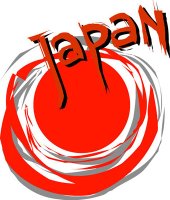 Politicians are supposed to be political, trying to win votes instead of losing them. One way you do that is by not insulting half of your population. I guess Japan's health minister didn't get that memo.

Hakuo Yanagisawa wants Japan's women to pick up the pace from the record low rate of 1.26 children per woman in 2005 to a more robust rate of 2.1 children per women needed to keep Japan's population stable. Fair enough but you just don't have to put it quite this way:

"The number of women aged between 15 and 50 is fixed. Because the number of birth-giving machines and devices is fixed, all we can do is ask them to do their best per head ... although it may not be so appropriate to call them machines."

You see his instincts were sort of right, but still you don't call women who can vote "birth-giving machines." Fertility ovens? No. Natal nests? I don't think so. How bout "conception co-ordinators"? Yeah, that's got a nice touch.
Posted by The Mound of Sound at 7:25 AM