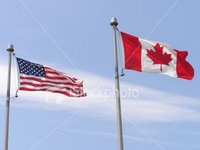 The US Ambassador to Canada, David Wilkins, has called Stockwell Day "a little presumptuous" for seeking to have Maher Arar removed from America's no-fly list' "It's a little presumptuous for him [Day] to say who the United States can and cannot allow into our country."

Now the ambassador explained that his country has its own reasons for continuing to see Arar as some sort of danger but, whatever those concerns may be, they're not prepared to share them with us, their partner in Washington's Global War Without End on Terror. I'm sorry but, if Maher Arar is some sort of villain, America had damned well better start coming clean with us about it.

If, however, this is all about spite because Arar is suing the US because the little ninny can't even take a year of torture like a man, well then, that's another matter entirely.
Posted by The Mound of Sound at 7:11 AM