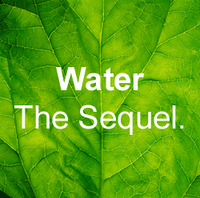 It could make you a bit squeamish but you can produce safe drinking water from sewage and for residents of Australia's Queensland state that may soon be what comes out of their taps.

Australia has been suffering an extended drought and Queensland Premier Peter Beattie told the Times of London there are no other options:

"Falling dam levels had left him with a 'no choice decision' , Mr Beattie said, and the state had to go ahead with plans for recycled water, rather than wait until a planned public referendum on the matter which had been scheduled for March.

"'I think in the end, because of the drought, all of Australia is going to end up drinking recycled purified water,' he said.

"'These are ugly decisions, but you either drink water or you die.There’s no choice. It’s liquid gold, it’s a matter of life and death,' he told local radio.

"Referring to residents in Singapore, Washington and Southern California who he said drank recycled water, he added: 'It’s not like we are part of a freak show - the rest of the world is doing this.'

"The waste is typically recycled using a combination of reverse osmosis and disinfection with ultraviolet radiation. Through the reverse osmosis process, water is forced through very fine membranes that filter out salts and other matter but let water molecules pass through."

Recycling is just one of many emerging technologies intended to relieve water shortages. Another is the waterless toilet. It works, just don't ask how.

Now that should make you grateful to be Canadian and give you something to think about the next time someone gets the bright idea to export our freshwater.
Posted by The Mound of Sound at 11:56 AM