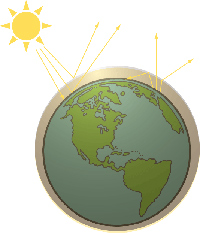 The Guardian has obtained a copy of the US response to the final report of the Intergovernmental Panel on Climate Change, and it reveals that Washington intends to dig in its heels. The US has demanded that, "...a draft of the report be changed to emphasize the benefits of voluntary agreements and to include criticisms of the Kyoto Protocol, the existing treaty which the US administration opposes."

"Modifying solar radiance may be an important strategy if mitigation of emissions fails. Doing the R&D to estimate the consequences of applying such a strategy is important insurance that should be taken out. This is a very important possibility that should be considered."

"The US submission is based on the views of dozens of government officials and is accompanied by a letter signed by Harlan Watson, senior climate negotiator at the US state department. It complains the IPCC draft report is "Kyoto-centric" and it wants to include the work of economists who have reported "the degree to which the Kyoto framework is found wanting". It takes issue with a statement that "one weakness of the [Kyoto] protocol, however, is its non-ratification by some significant greenhouse gas emitters" and asks: "Is this the only weakness worth mentioning? Are there others?"

"It also insists the wording on the ineffectiveness of voluntary agreements be altered to include "a number of them have had significant impacts" and complains that overall "the report tends to overstate or focus on the negative effects of climate change." It also wants more emphasis on responsibilities of the developing world."

The good news is that the Bush administration is becoming increasingly isolated on its global warming stance. With California leading the way, action is being taken, albeit lacking in consistency and co-ordination, at state and even municipal levels and this does appear to be an issue on which the Bushies are vulnerable to the new, Democratic congress. We can only live in hope and we'll need a lot more than smoke and mirrors, another Bush parlour game.
Posted by The Mound of Sound at 5:16 AM