You're Not Going to Believe This, There's Safety in Being Fat 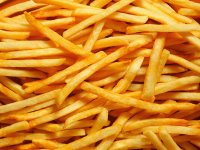 We all know obesity is a serious health risk - hypertension, heart attacks, diabetes - you name it. That made it all the more startling to read in the Sydney Morning Herald that, according to a UCLA study, being fat increases your chances of surviving a heart attack:

The report, which appears in the American Heart Journal, indicates that this "obesity paradox," which was previously described in patients with chronic heart failure, may also apply to patients with rapidly worsening or "decompensated" heart failure.

"This study suggests that overweight and obese patients may have a greater metabolic reserve to call upon during an acute heart failure episode which may lessen in-hospital (death) risk," said lead investigator Dr Gregg Fonarow.

"Patients were grouped by body mass index (BMI), a measure of weight relative to height.

"The team found that in-hospital deaths fell as BMI rose, even after accounting for factors including age, gender, blood pressure, and heart rate.

"For every five unit increase in BMI, the death risk fell by 10 per cent.

"The team calls for further study to investigate underlying factors.

"'These findings raise the possibility that nutritional/metabolic support may have therapeutic benefit in specific patients hospitalised with heart failure,' Fonarow said."

Of course what the report doesn't mention is that, if you have a high BMI, you're a lot more likely to have a heart attack in the first place. So don't go running out for an order of fries.
Posted by The Mound of Sound at 9:43 AM

One fact remains the same. Obese people are more likely to get a heart attack. More heart attacks also increase your chances of dieing.