Why We Lose to Insurgencies 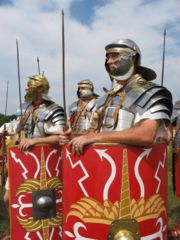 The Right Man For The Job
I love it when I find an "expert" espousing positions that I've written here in the past. I had one of these joyous moments when I came across an article in this month's Harper's magazine by Edward N. Luttwak, a senior fellow at the Center for Strategic & International Studies in Washington. It came with the catchy title, "Dead End, Counterinsurgency warfare as military malpractice." Who could pass that up?

Luttwak devotes the first several pages of the article to our Western misconception of the nature and mechanisms of insurgencies but I won't bore you with that. What I found most helpful were his concluding remarks under the subtitle "The Easy and Reliable Way of Defeating All Insurgencies Everywhere."

Defeating all insurgencies everywhere, everytime? Why then did the Brits lose the American revolution? Why did the French flee Indochina and Algeria? Why are the insurgencies in Iraq and Afghanistan proving so hard to crack?

The short answer is that we are not prepared to do what is necessary to win. Our laws and culture, our very societies simply cannot abide the essence of victory. We are, at the end of the day, unwilling to turn barbaric enough to win.

Here are a few of Luttwak's observations:

"Pefectly ordinary regular armed forces, with no counterinsurgency doctrine or training whatever, have in the past regularly defeated insurgents, by using a number of well-proven methods. It is enough to consider these methods to see why the armed forces of the United States or any other democratic country cannot possibly use them."

Luttwak proceeds to draw upon two examples of successful counterinsurgency warfare - the Roman Empire and the Ottoman Empire.

"...whenever insurgents are believed to be present in any village, small town, or district - a very common occurrence in Iraq (and Afghanistan) at present, - the local notables can be compelled to surrender them to the authorities, under the threat of escalating punishments, all the way to mass executions. That is how the Ottoman Empire could control entire provinces with a few feared janissaries and a squadron or two of cavalry. ...A massacre once in a while remained an effective warning for decades."

Luttwak notes the Romans also used inducements such as public baths and free circus shows to "de-bellicize" unruly populations. Those who still refused were killed or, if captured, sold into slavery. Towns under seige could either surrender and be accepted as peaceful subjects or the town and all within would be utterly destroyed.

"...In the first two and most successful centuries of imperial Rome, some 300,000 soldiers in all, only half of them highly trained legionary troops, were enough to secure a vast empire that stretched well beyond the Mediterranean basin, today the territory of some thirty European, Middle Eastern and North African states. ...they relied on deterrence, which was periodically reinforced by exemplary punishments. Most inhabitants of the empire never rebelled after their initial conquest."

The author points out that, despite the myths of heroic resistance, the Germans were actually very successful in using terrible reprisals to occupy lands with very few troops. The key, argues Luttwak, is to develop a willingness to out-terrorize the insurgents, the very thing Western democracies are not prepared to tolerate.

"All its best methods, all its clever tactics, all the treasure and blood that the United States has been willing to expend, cannot overcome the crippling ambivalence of occupiers who refuse to govern, and their principled and inevitable refusal to out-terrorize the insurgents, the necessary and sufficient condition of a tranquil occupation."

There it is - we're just too damned nice for our own good.

Not to say that I disagree with yours or Luttwak's analysis, but I stumbled across your post, and found it an interesting coincidence that just the other day, Foreign Policy's website posted an article by a military historian who suggests that "Insurgencies rarely win". Just thought it may interest you.

Hi Olaf. Thanks for the article. The author's facts are a bit strained. For example, it wasn't the Viet Cong's insurgency that failed, it was their idiocy at Tet in deciding to stand and fight a conventional force. Even then, the Viet Cong weren't defeated. The US continued to fight them. The change was directed from Hanoi where the communist leadership decided that the North Vietnamese army would take over because the guerrillas weren't following their directives.

Malaya was atypical because the guerrillas were ethnic Chinese, not Malays, and, as such, were easily separated from the civilian population. Guevara too was an outsider at his death. The list goes on. Yes, the Russians did lose Afghanistan at home but that is the fundamental principle of insurgency - they don't have to defeat the conventional force, they merely have to survive. The author of that article doesn't seem to grasp that important point.

When insurgencies have been defeated, they've been pretty much wiped out, often due to an aberrent tactic or circumstance as in a few of the cases set out in the FP article.

It is when a guerrilla force truly becomes a "popular" movement that they're all but impossible to defeat. If you can get them before they reach that point, it is much easier to hold them off. Trying to shake them afterwards is almost impossible.

"Bending" our morality to beat the enemy will only serve us in the short term, and them in the long term.

Here are the realities:
Reality #1
The media is all over this and if we try to limit the media exposure we will be hauled down by it.

Reality #2
We are democracies; public opinion rules all. Immoral deeds, censorship of the media will erode away the support that is needed to fight the war

Reality #7
Our enemies use mostly false propaganda to convince the masses to join them in combat. Any bits of truth of our wrong doing that can be easily proved significantly adds on to our enemies’ legitimacy in the eyes of their target audience

Reality #9
If we abandon these lands without Governments that can protect themselves and their people, a power vacuum will immerge in most probably the form of a bloody civil war.

Choosing to believe that the end justifies the means is to choose to position one’s self between a rock and a hard place. There have been and may be times when this choice will be necessary, but this is not the time. The War Measures Act was meant for such times.

Despite the enemy’s dirty tactics, we are starting to lose this war because our enemy’s numbers are ever growing and their civilian support is growing even faster. As “the mound of sound” was leading to this boils down to a bloody popularity contest.

We have strength and opportunities, and it will take time to learn how we will be able to leverage these to achieve a real victory.