A Clarion Call on the World Water Crisis 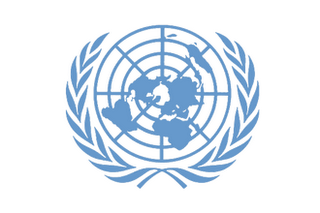 It's the great, rarely mentioned threat facing the Third World - the exhaustion of freshwater resources and the crippling of the world's food supply that it is already causing.

No, this isn't about Global Warming specifically but they are inter-related.

I've written a few posts on this problem. Here's a quick summary of what's happening. Four-fifths of our usable freshwater is underground, in aquifers. As the earth's population burgeoned over the past century, we tapped those underground stocks to get the massive amounts of water necessary for irrigation. We went along contentedly breeding people by the billions and sucking out more water to grow stuff necessary to feed them. We didn't pay much attention to what we were doing underground, to see that we were draining these aquifers much faster than they could ever be replenished. We acted like global morons and we've created a hell of a mess.

Now Global Warming is making the problem worse. It is shifting rainfall patterns and making them erratic. Some places are enduring droughts. Others are getting increased precipitation. Sometimes the freshwater is brought via powerful storms creating floods which are massive amounts of freshwater in a form that is utterly useless to our needs.

The good news is that the planet still has as much water as ever. It doesn't get destroyed, it merely gets transformed. It can go from rivers into oceans. It can go into the ground. It can go into the air as water vapour or it can freeze into ice. The problem is we need enough of that water in an accessible state and in the right places for our purposes. More rainfall in northern Canada doesn't help sub-Saharan Africa one bit.

As I mentioned just a couple of days ago, there's another snag. Some of the aquifers we've become dependent upon are "fossil" aquifers - ancient reservoirs of water that don't get replenished in the regular, water cycle. When you tap these dry, they're going to remain dry, for all practical purposes, forever. When that ancient water is exhausted, these lands go back to their natural state - either barren grasslands or desert. Either way, they're out of agricultural production.

Which brings us to today's warning from Jeffrey Sachs of the UN Millenium Project. "In 2050 we will have 9 billion people and average income will be four times what it is today. India and China have been able to feed their populations because they use water in an unsustainable way. That is no longer possible," he said.

The US academic said that the mechanisms of shrinking water resources are not well understood. "We need to do for water what we did for climate change. How do we recharge aquifers? What about ground water use? There's no policy anywhere in place at the moment."

How to recharge aquifers? That, indeed, is a huge problem. Some of them, the fossil type, can't be recharged. The others conceivably can be recharged but from what? If they're running dry, agriculture will become dependent on surface water - rain water. Unfortunately Sachs' remarks are bereft of possible answers.
Posted by The Mound of Sound at 7:30 AM