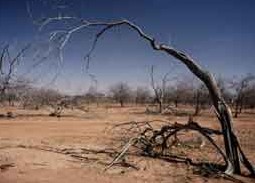 "The warning, from Professor Phil Jones, director of the Climatic Research Unit at the University of East Anglia, was one of four sobering predictions from senior scientists and forecasters that 2007 will be a crucial year for determining the response to global warming and its effect on humanity.

"Professor Jones said the long-term trend of global warming - already blamed for bringing drought to the Horn of Africa and melting the Arctic ice shelf - is set to be exacerbated by the arrival of El Niño, the phenomenon caused by above-average sea temperatures in the Pacific.

"Combined, they are set to bring extreme conditions across the globe and make 2007 warmer than 1998, the hottest year on record. It is likely temperatures will also exceed 2006, which was declared in December the hottest in Britain since 1659 and the sixth warmest in global records.

"...the World Meteorological Organisation (WMO), the United Nations agency that deals with climate prediction, issued a warning that El Niño is already established over the tropical Pacific basin. It is set to bring extreme weather across a swath of the planet from the Americas and south-east Asia to the Horn of Africa for at least the first four months of 2007.

"The cause of the phenomenon is not fully understood but in an El Niño "event" the pool of warm surface water is forced eastwards by the loss of the westerly trade winds. The sea water evaporates, resulting in drenching rains over South America, particularly Peru and Ecuador, as well as western parts of the United States such as California.

"Parts of the western Pacific, including Indonesia and Australia, suffer drought. The effects can last for anything from a few weeks to 18 months, causing extreme weather as far afield as India and east Africa."

The Independent also carried an interview today with Dr. James Hansen, Director of the NASA Goddard Institute for Space Studies and a leading US climate change expert. Hansen says we've got 10-years left to turn around the growth in greenhouse gas emissions:

If we go another 10 years, by 2015, at the current rate of growth of CO2 emissions, which is about 2 per cent per year, the emissions in 2015 will be 35 per cent larger than they were in 2000. But if we want to get on a scenario that keeps global temperature in the range that it's been in for the last million years, we would need to decrease the emissions by something of the order of 25 per cent by the middle of the century, and by something like 75 per cent by the end of the century."
The continuing rise in carbon dioxide emissions and average global temperatures is on schedule to cause the eventual collapse of the ice sheets on both Greenland and the west Antarctic, with a catastrophic rise in sea levels.
"If we follow business as usual, and we don't get off this course where year by year we're getting larger and larger emissions of CO2, then we'll have large sea-level rises this century and I think that will become more apparent over the next decade or two," Dr Hansen said.

"The last time it was 3C warmer, sea levels were 25 metres higher, plus or minus 10 metres. You'd not get that in one century, but you could get several metres in one century," he said.

"Half the people in the world live within 15 miles of a coastline. A large fraction of the major cities are on coastlines. And the problem is that once you get the process started and well on the way, it's impossible to prevent it. That's why we need to address the issue before it gets out of control."

Many species of animals and plants are not going to cope with rising temperatures, which are causing isotherms - lines of equal temperature - to travel polewards at the rate of 50km a decade, compared with the average rate of species migration of 6km per decade.

"Those species at high latitudes have no place to go to. Many of them will be in trouble. They will effectively be pushed off the planet," Dr Hansen said.
Posted by The Mound of Sound at 6:51 AM