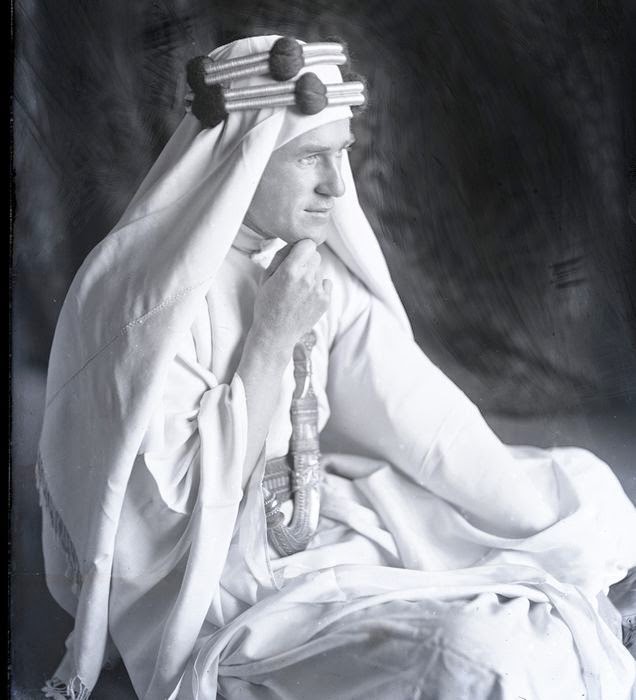 Since 1918 when the defeat of the Kaiser's Germany triggered the collapse of the Ottoman Empire, the West has established a reputation for screwing up in the Middle East.  It can be said to have begun with the French and British carving up the place to suit their interests, drawing straight lines where none existed before, corralling often hostile ethnic groups into artificial countries with names like Iraq, Iran and Syria.

For all of that, we've never screwed up quite on the scale as our adventures in the Middle East/South Asia in the 21st century.

At the start of this business, almost a century ago, there was a fellow we didn't listen to, Colonel T.E. Lawrence, aka "Lawrence of Arabia."  We didn't listen to him then and that was a screw up.  We haven't listened to him ever since and that remains an ongoing screw up.

John Hulsman, president of a global political risk consultancy, writes that it's time we finally accepted the wisdom of Lawrence.

Lawrence understood the age old wisdom that you meet people on their own ground, rather than imperially insisting that they bow and meet us on our ground.

We still are much too impressed with ourselves, Mound.

Yes, Owen, and both their side and ours have paid dearly for our narcissism.

Is it possible that Brits and other western countries established the Middle East in the current manner in order to "divide and conquer". Hoping that sectarian wars will keep the west in charge to resolve such problems. Now it is biting them in the butt.

I don't think that was the case, LD. The Brits and French initially sought to deal with the Ottomans via the Treaty of Sevres. Under that treaty the Kurds were to have a legitimate homeland. Turkish nationalists rose up against the Sevres treaty terms which led to the Treaty of Lausanne 3-years later that saw the Ottomans gone and an independent Turkish state arise in their place but also left the Kurds out in the cold. Britain and France were after the oil riches and, accordingly, began carving up the rest of the place.

From my take on it, the victorious Brits and French really didn't put an awful lot of thought and even less vision in the post-WWI Middle East.