Big Summit Next Week - Maybe the Biggest in Years 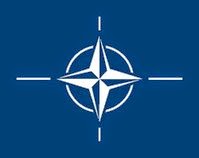 NATO leaders gather in Wales next week for what could be the alliance's most important summit in years.  Instead of focusing on housekeeping issues to tidy up the not very successful adventure in Afghanistan, alliance members will find their plates full with developing approaches to the Ukrainian chaos and the rampaging Islamic State in Iraq and Syria.

Jan Techau, director of Carnegie Europe, writes that, around the world, all eyes will be on NATO and the alliance had better get it right.


...the alliance must embrace deeply uncomfortable truths. In its relationship with Russia, NATO is now in a confrontation with a country it deemed a partner (albeit a difficult one) until only a few months ago. Short-term crisis management passed off smoothly, with a surprising degree of unity among 28 member states that hold very different views on the situation’s security relevance. But now, alliance strategy must shift from crisis management to the long game.
NATO needs to achieve three goals. First, it must provide credible reassurance to those allies that feel threatened by Russia. Second, it should keep the door open for a possible improvement in diplomatic relations. Third, it must make clear that the alliance’s security guarantee does not apply to Ukrainian territory while supporting the government in Kiev in its daunting security sector reforms.
...With respect to IS, NATO’s position is both easier and more difficult at the same time. It is easier because the turmoil in Iraq and Syria does not fall into the alliance’s immediate remit. It is more difficult because the seemingly unstoppable expansion of the jihadists’ reach confronts Europeans and Americans with a daunting question: Will the West eventually have to go to war against IS? If the West’s indirect containment strategy—propping up the Kurdish Peshmerga as the group’s opponents—fails, and if the regional powers remain largely passive, Western troops on the ground may be unavoidable.
...So far, the West fears the costs and the unintended consequences of intervening in a politically, ethnically, and religiously hypercharged part of the world more than it fears the jihadists’ further expansion. That may change. Don’t expect the Wales summit to tackle this head-on. But do expect this topic to hang over the meeting like a dark cloud.
...A larger-than-usual crowd will tune in when NATO leaders congregate in Wales. The summit will be followed closely not only in Europe but also around the world. It will be used as an indicator of whether the West is still alive. And it will tell audiences in Moscow, Beijing, Tokyo, Seoul, Tel Aviv, Damascus, Cairo, and elsewhere whether Europeans are still willing to play a military role and how loyal the United States is as an ally.

I'm no military expert, but I think when we talk about NATO we are. essentially, talking about the US military.

So what are they planning? Another charge of the light brigade into the Crimea and the Middle East? Maybe the American poet laureate can then write an uplifting and patriotic poem about the events.

I wouldn't think so, Anon. Obama has already announced that the U.S. won't get dragged into a war with Russia over Ukraine. Harper is, as ever, a blowhard but I doubt there's any appetite for war among the founding nations and the newcomers know Russia too well to have any desire to find themselves on the front lines of a war that could very easily go very badly for everyone.