What Vestige of Democracy Remains in the Age of Neoliberalism? 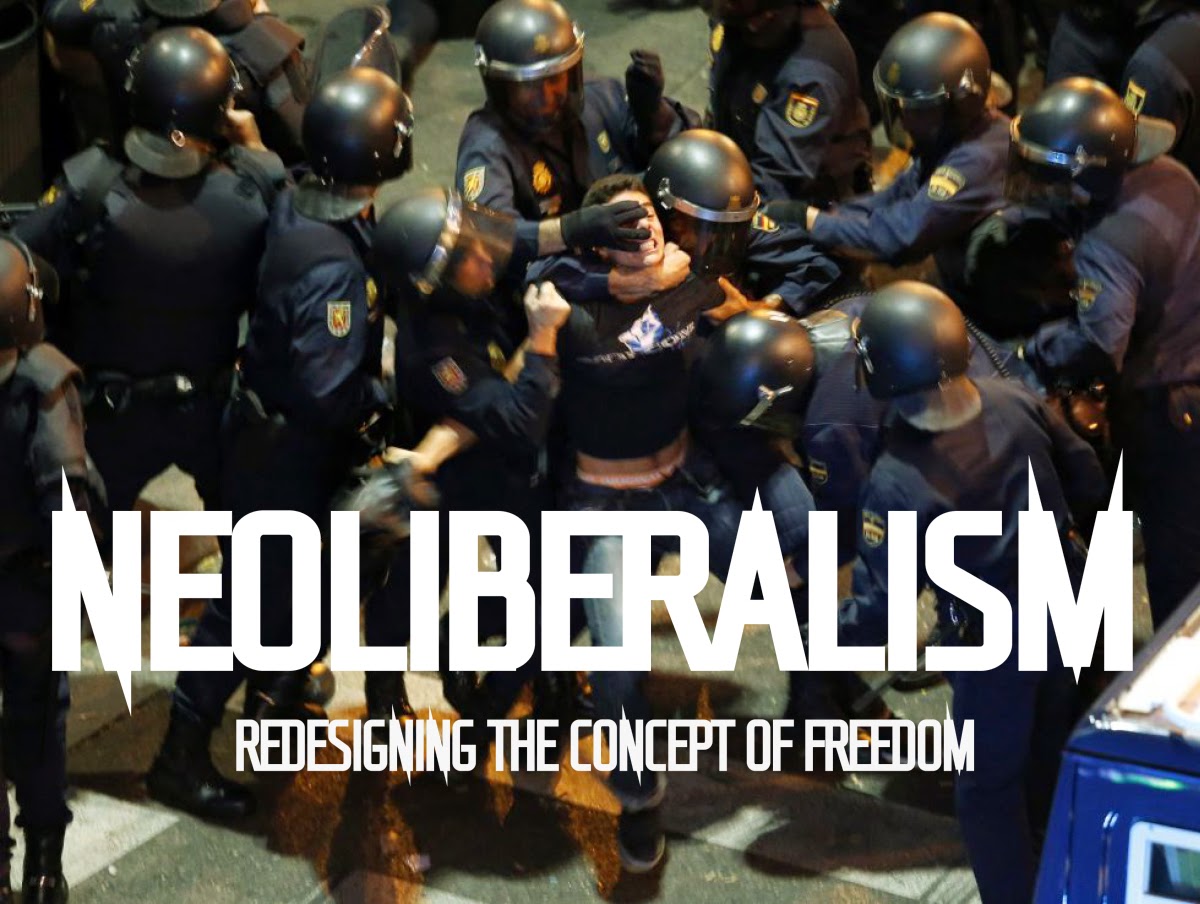 Henry Giroux argues that we must perceive democracy as a culture and shake off the cloak of neoliberalism by which it has been subverted.  Excerpts from his essay, "Beyond the Spectacle of Neoliberal Misery and Violence in the Age of Terrorism":

American culture is beset with what I want to call the spectacle of catastrophes, which move between the registers of transgressive excess and extreme violence, and in doing so exhaust their shock value, degenerating into escapist entertainment, while furthering a state of ethical and political paralysis given the widespread cynicism that has become the modus operandi of neoliberal machinery of misery and precarity. Catastrophe is rooted in resignation and an acceptance of the neoliberal notion that nothing can be done whereas, as Zygmunt Bauman argues, crisis speaks to the need to address what exactly needs to be done.

...Amid the elevation of extreme violence and its degeneration into a cultural and pedagogical spectacle, historical, individual, and social modes of agency degenerate and pose a serious challenge to the very possibility of addressing diverse crises. Instead of responding to crises with the desire to correct a wrong and reimagine a different future, all that appears to be left in American culture is the desire to merely survive in the face of endless representations of state and non-state violence. The mass public indifference to the threat of human extinction, the use of state torture, the mass and indiscriminate killing of children, the shutting off of water to the poor in Detroit, the rise of debtors prisons, the war against women, the indifference to the nuclear war machine, the state violence against student non-violent protesters, and the brutality that fills youth detention centers are only a small indication of how the shadow of the apocalypse and the experience of actual suffering have moved out of the realm political and moral sensibility and responsibility into the black hole of a disimagination machine...

The United States is in a new historical conjuncture defined largely by global neoliberal capitalism in which the moment between cultural institutions, political power, and everyday life has become central to how we understand politics and the work that it does. At one level the market has eroded the affective and symbolic bonds that create public trust, public life, and the bonds of social life. At the same time, politics has become intensely educative in terms of how it constructs the ways in which people understand themselves, their relations to others and the wider society. Doreen Massey is right in arguing that “it is the internalization of the system that can potentially corrode our ability to imagine that things could be otherwise.”

...Democracy is under assault and appears to have fallen over the edge into what Hannah Arendt once called “dark times”, but as Catherine Clement has noted “every culture has an imaginary zone for what it excludes, and it is that zone that we must remember today.” I believe that such a zone is crucial to remember because it makes visible the long history of struggle by labor, unions, workers, young people, feminists, civil rights advocates, gay activists, progressive educators, and others who believed in the promise of a radical democracy along with the necessity to struggle with a renewed sense of urgency and collective strength. It is time for that struggle to deepen so as to shake off the authoritarian nightmare now engulfing American society.