Warning from Germany - We Are "Mentally Mobilizing" for War 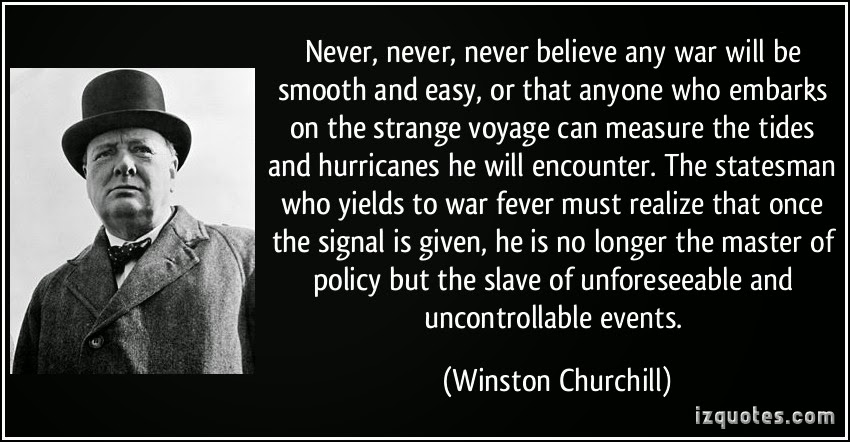 Every war is accompanied by a kind of mental mobilization: war fever.

An editorial in a leading German financial paper, Handelsblatt, warns of the dangerous spread of war fever through the West.

Even smart people are not immune to controlled bouts of this fever. “This war in all its atrociousness is still a great and wonderful thing. It is an experience worth having“ rejoiced Max Weber in 1914 when the lights went out in Europe. Thomas Mann felt a “cleansing, liberation, and a tremendous amount of hope“.

We interrupt our own train of thought: “History is not repeating itself!” But can we be so sure about that these days? In view of the war events in the Crimean and eastern Ukraine, the heads of states and governments of the West suddenly have no more questions and all the answers. The US Congress is openly discussing arming Ukraine. The former security advisor Zbigniew Brzezinski recommends arming the citizens there for house-to-house and street combat. The German Chancellor, as it is her habit, is much less clear but no less ominous: “We are ready to take severe measures.“
German journalism has switched from level-headed to agitated in a matter of weeks. The spectrum of opinions has been narrowed to the field of vision of a sniper scope.
Newspapers we thought to be all about thoughts and ideas now march in lock-step with politicians in their calls for sanctions against Russia's President Putin. Even the headlines betray an aggressive tension as is usually characteristic of hooligans when they 'support' their respective teams.
The Tagesspiegel: “Enough talk!“ The FAZ: “Show strength“. The Süddeutsche Zeitung: “Now or never.“ The Spiegel calls for an “End to cowardice“: “Putin's web of lies, propaganda, and deception has been exposed. The wreckage of MH 17 is also the result of a crashed diplomacy.“
Western politics and German media agree.
Every reflexive string of accusations results in the same outcome: in no time allegations and counter-allegations become so entangled that the facts become almost completely obscured. Who deceived who first?
Did it all start with the Russian invasion of the Crimean or did the West first promote the destabilization of the Ukraine? Does Russia want to expand into the West or NATO into the East? Or did maybe two world-powers meet at the same door in the middle of the night, driven by very similar intentions towards a defenseless third that now pays for the resulting quagmire with the first phases of a civil war?

The recent cover of Maclean's magazine illustrates your point perfectly.

Hi Bill. Thanks. I take it you're referring to the cover with Putin and the line "Getting Away With Murder." That's pretty much it.

I found it pretty rich that NATO secgen Foggy Rasmussen is lecturing Russia about massing its forces on Russian territory along its border with Ukraine but thinks it's dandy to drive NATO forces right up to Russia's borders.

I'm really feeling this media manipulation being reflected by my family & friends. It's very scary. Logical arguments don't reach those who live their lives through sound bites.

Al, I've always found that a lack of experience of war and its outcomes greatly enhances a person's enthusiasm for it.