It Really Is Time to Cull the Herd

My daughter called me during her lunch break today.  She was at a trendy Vancouver grocery called Urban Fare, the sort of place that makes Whole Foods seems a bit declasse, or so I'm told.  On display at said Urban Fare was the latest and greatest - square watermelons going for the enticing price of just $199.99.  Not even two hundred dollars, imagine! 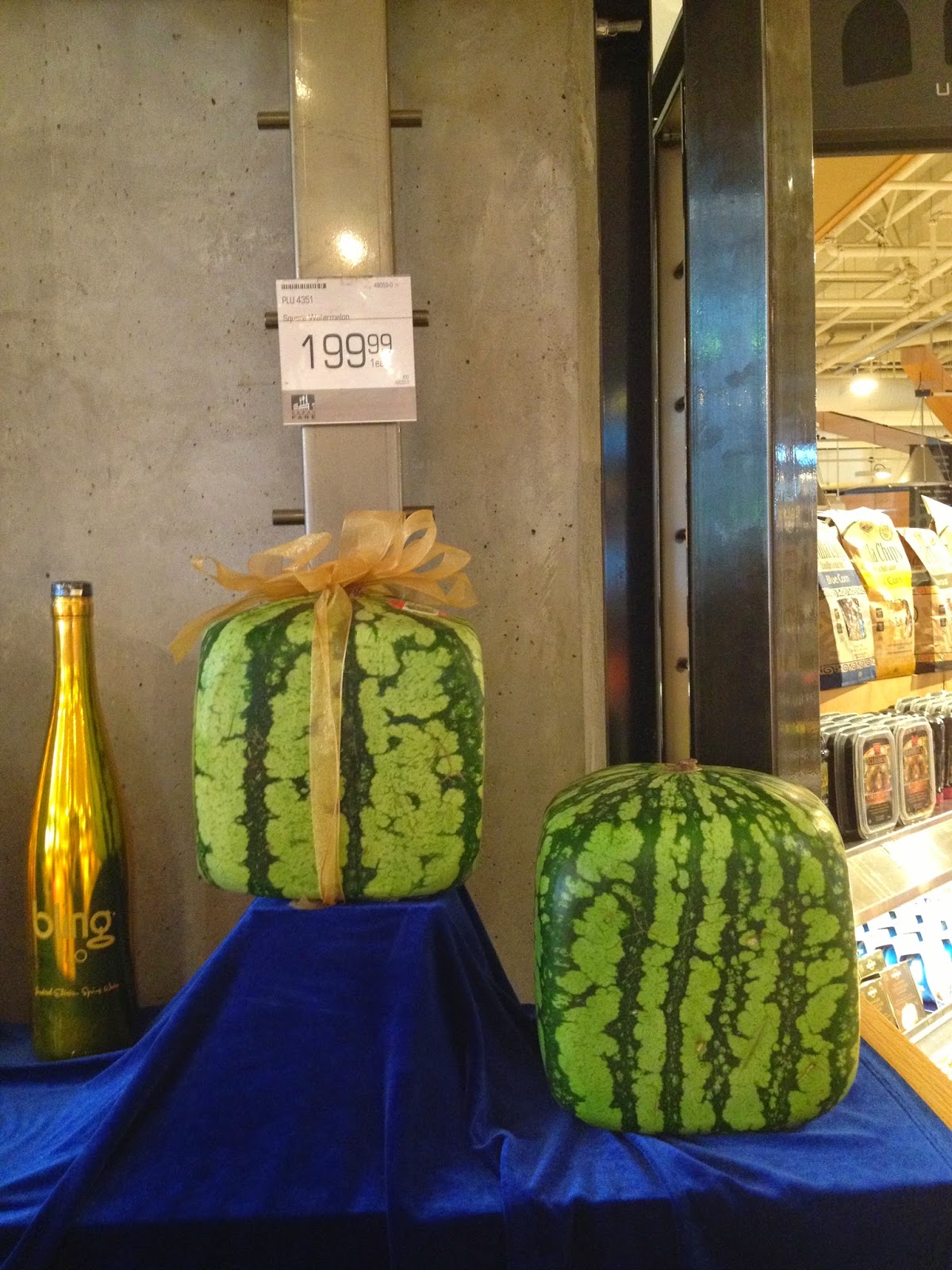 Yeah, but how many of those can you get for 200 bucks?

To me it's not so much the price. It's the fact that they brought these things in from Japan. You'd think UF could find somebody to make square melons locally for that kind of scratch.

They'll be flying off the shelves.

And not one buyer will ever mention the flat taste, pulpy texture or the runs that ensue.

A fisherman sent his son to university in the big city. After the first term, the boy arrived back home on a boat at the wharf and met up with his father. The father asked him "You've been to the university. Now tell me something educated". His son replied "Pi r squared." The father replied, in exasperation, "No, pie are round, cake are squared!".