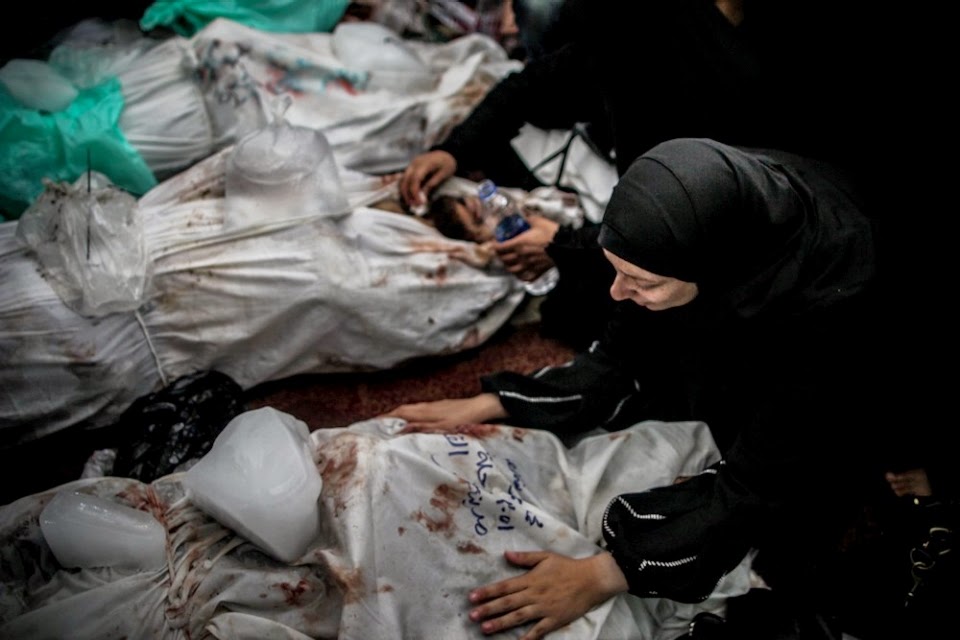 A Human Rights Watch investigation into the deaths of more than 800-protesters by Egyptian security forces at last August's Rabaa massacre finds the slaughter was both planned and politically motivated.

"The 195-page investigation based on interviews with 122 survivors and witnesses has found Egypt's police and army 'systematically and deliberately killed unarmed protesters on political grounds' in actions that 'likely amounted to crimes against humanity'.

"The report recommends that several senior individuals within Egypt's security apparatus be investigated and, where appropriate, held to account for their role in the planning of both the Rabaa massacre and others that occurred last summer - including Abdel Fatah al-Sisi, Egypt's then defence minister and new president.  As head of the army at the time, Sisi had overall responsibility for the army's role at Rabaa, and has publicly acknowledged spending 'very many long days to discuss all the details'."

Okay, I just started the clock.  How long do you think it will be before Mr. Human Rights, John Baird, rears up on his hind legs to denounce al-Sisi and demand he stand trial?
Posted by The Mound of Sound at 8:35 AM