Will Scotland Show Us the Way? 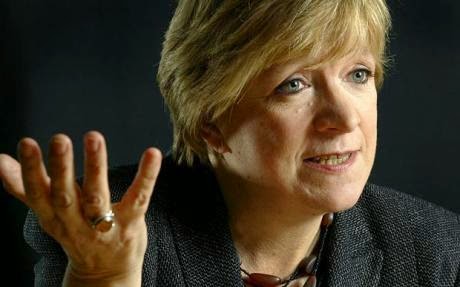 Polly Toynbee writes that Scotland might just show the rest of us the way to reset social democracy.  Hint - it involves raising taxes.

The Guardian columnist, writing in the Daily Record, says that with a "yes" vote on independence, Scots will have an opportunity to close the poverty gap if they have the will to pay for it.

Of places in the UK where you are likely to die earliest, heading the list are Glasgow, Dundee, Greenock, Hamilton and Clydebank, alongside England’s unhealthiest spots – Manchester, Blackpool and Burnley – and Belfast. Things look even worse when you measure how many good years residents can expect before they fall into ill health with long-term conditions.

A Yes vote won’t change the facts of social life. That needs a) a radical, egalitarian administration in power at Holyrood that b) adopts an active social programme based on higher tax to pay for higher welfare benefits and fairer pay.
I understand all the other reasons for choosing Yes or No. But for me, an outsider looking in, here’s the No1 independence question. Are the people of Scotland genuinely willing to tax themselves towards social democracy?
That includes all those company bosses threatening to decamp if corporation tax goes up or any hint of top rates rising. But it takes not just taxing the rich – real redistribution means middling folk paying more too.
...It’s admirable that many Scots look north, aspiring to join the Nordics. Who wouldn’t choose to be more Swedish than Cameron British? But those countries start out fairer than Scotland or the UK, with fewer people paid rock-bottom wages and fewer executives elbow-deep in company treasure chests.
To become as fair as Sweden, Scotland would have to move five points on the
Gini coefficient measure of inequality – no small feat. It would take more benefits for the low paid, sick and unemployed, higher tax on incomes over £100,000 and more council tax. It would need a hike in the minimum wage to a living wage and tough controls on boardroom pay.
Would Scotland wear all that? Across the UK, eight out of 10 say the gap between rich and poor is too great – a high and rising number, spurred by the spectacle of bank bonuses in austere times.
Attitude surveys find Scottish residents are a bit more willing to redistribute by a margin of 43 per cent in favour to 34 per cent against. But the rest of the UK is only marginally behind, at 41 per cent for redistributing to 30 per cent against – at least in theory but are they willing in practice?
Does Scotland have the will to show the rest of us the way? With a Yes or a No vote, greater devolved powers will mean freedom to make significant difference. Let’s hope that means more than a shoddy corporation tax race to the bottom.