Damn but this sounds like the south in the turbulent 50s and 60s.  The governor of Missouri has ordered St. Louis County police out of the community of Ferguson, the site of the recent killing of a young black man, Michael Brown.

"The governor [Jay Nixon] just called me and he's on his way to St. Louis now to announce he's taking away St. Louis County police out of the situation," Clay, a Missouri Democrat, said in a telephone interview.  He added that Nixon may ask the US Federal Bureau of Investigation to step in.

Clay said that he has been urging US Attorney General Eric Holder to "take over the entire situation because we will not get justice for Michael Brown and his family and friends if the St. Louis County police and prosecutor have a say."

Meanwhile, images of cops in Ferguson clad in full war-fighting gear have even military veterans uneasy. 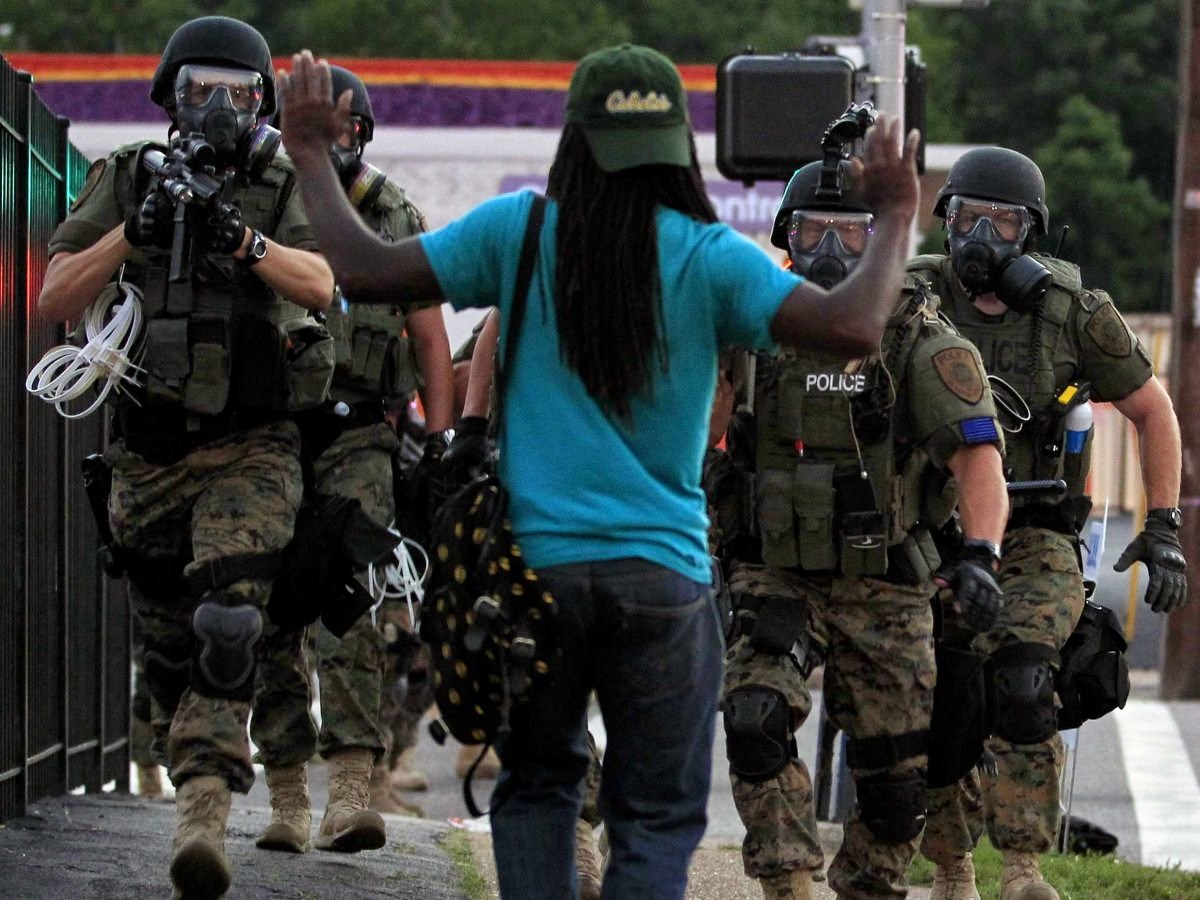 "While serving as a US Marine on patrol in Afghanistan, we wore desert camouflage to blend in with our surroundings, carried rifles to shoot back when under enemy attack, and drove around in armored vehicles to ward off roadside bombs.

We looked intimidating, but all our vehicles and equipment had a clear purpose for combat against enemy forces.  So why is this same gear being used on our city streets?

In Afghanistan, we patrolled in big, armored trucks.  We wore uniforms that conveyed the message, 'We are a military force, and we are in control right now.' Many Afghans saw us as occupiers.

And now we see some of our police officers in thius same way. 'The militarization of law enforcement is counter-productive to domestic policing and needs to stop.'

Ferguson is not about racial issues. It's about the fascist takeover of North America by goons, most trained by private mercenary companies, pretending to be police.

People of all stripes are protesting and being beaten for their beliefs.

This is the G20 all over again.

In an episode of the TV show Star Trek: the Next Generation, the holodeck goes awry and creates a self conscious version of Professor Moriarty. When the Professor leaves the holodeck to see the Enterprise for the first time he is accompanied by a security detail. He looks at them with disdain and comments "police, I would recognize them in any century."