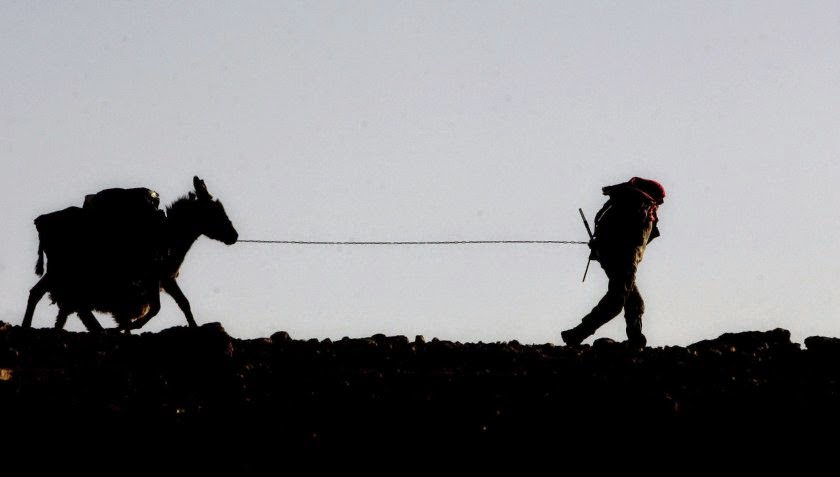 Central America continues to reel under severe, multi-year drought.  Guatemala has declared a state of emergency in 16 of the country's 22-provinces.  Experts believe the impact on agriculture could soon leave hundreds of thousands of families without food.

As America's west coast and southwest continue to be plagued by drought, an article at Treehugger examines how Americans might look to Canadian waters to ease their pain.  The article revives a long-forgotten idea to dam James Bay and divert the excess freshwater via canal to Georgian Bay on Lake Huron. Presumably the diverted James Bay water would then be drawn into the U.S. via the Mississippi River.

In Australia, farmers are bracing for a possible, late season El Nino to worsen an already serious drought.


When a scorching drought struck eastern Australia in 2006, cattle farmers Robyn and Paul Kendal had to slaughter nearly all their livestock and spend around a year of their normal turnover on feed to keep the remainder alive.
With a recurrence of El Niño, the weather pattern behind the drought, looming and dry conditions already affecting an area larger than South Africa, another major drought could be one struggle too many for farmers such as the Kendals.
"In 2006, we saw the lowest amount of rains here since records began...and we still haven’t recovered from that even today," said Robyn Kendal, whose 3,000-acre (1,215 hectares) cattle farm is about 500 km (300 miles) southwest of Sydney.
China's agricultural heartland is said to be experiencing its worst drought in 63-years.  In Brazil, severe drought is impacting agriculture and urban water supply. The city of Sao Paolo could run dry within a few months.
Across the Middle East and East Africa, most of the conflict hot spots - Syria, Iraq, Lebanon, Somalia and Sudan - reveal how destabilizing drought can be in vulnerable countries.
The good news is that world cereal grain production is up this year thanks to good crops in the U.S., the E.U. and India.