There's Not Enough Water to Go Around 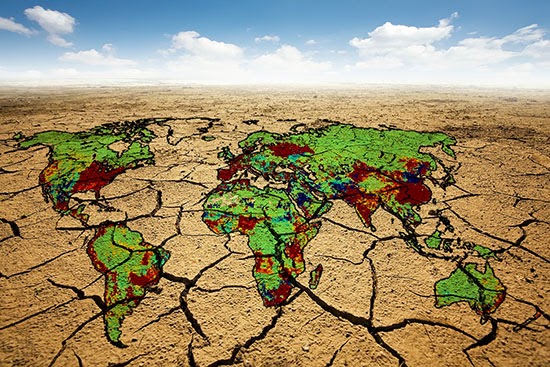 This curious graphic depicts areas that are expected to be severely water stressed through the balance of this century.  Note that hard-hit countries include China, India, Brazil, western Russia, the United States and the nations of Central America and western South America.

The assessment by the Pacific Northwest National Laboratory's Atmospheric Science and Global Change Division, concludes that water shortages may even impair efforts at climate change mitigation.  The idea is that there won't be enough water to permit the development of bio-fuels.  What the report doesn't say is that this strengthens the case for development of non-carbon, renewable energy alternatives.

The report confirms other research finding that, by 2100, half of the global population will be enduring severe water shortage.  Unless, that is, something drastic comes along to cull the herd in the meantime.
Posted by The Mound of Sound at 8:36 AM