If Ebola Hits Lagos, All Bets are Off 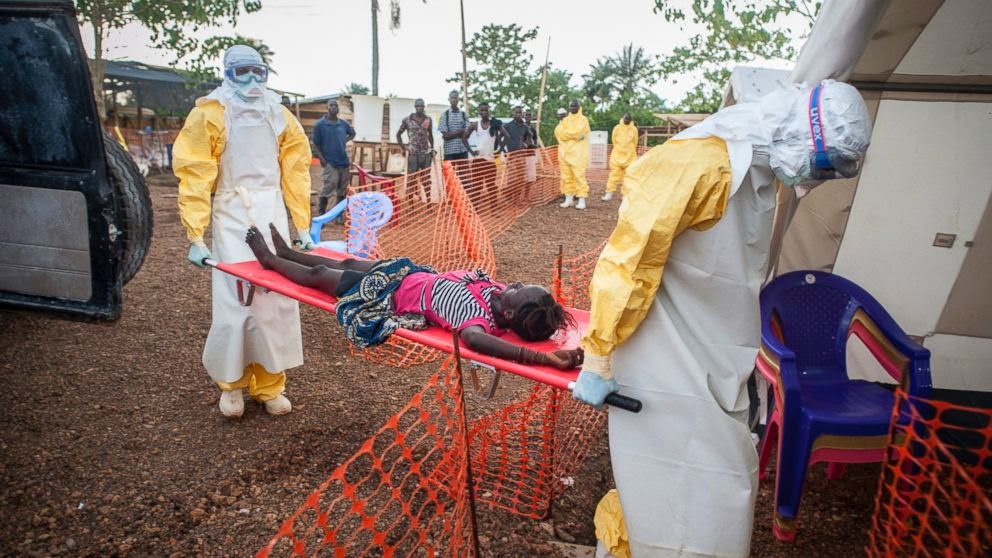 Laurie Garrett claims "you are not nearly scared enough about ebola."  Garrett, senior fellow for global health at the U.S. Council on Foreign Relations, warns that if the ebola epidemic reaches Lagos, the entire world is in jeopardy.

You think there are magic bullets in some rich country's freezers that will instantly stop the relentless spread of the Ebola virus in West Africa? You think airport security guards in Los Angeles can look a traveler in the eyes and see infection, blocking that jet passenger's entry into La-la-land?

Last week, my brilliant Council on Foreign Relations colleague John Campbell, former U.S. ambassador to Nigeria, warned that spread of the virus inside Lagos -- which has a population of 22 million -- would instantly transform this situation into a worldwide crisis, thanks to the chaos, size, density, and mobility of not only that city but dozens of others in the enormous, oil-rich nation. Add to the Nigerian scenario civil war, national elections, Boko Haram terrorists, and a countrywide doctors' strike -- all of which are real and current -- and you have a scenario so overwrought and frightening that I could not have concocted it even when I advised screenwriter Scott Burns on his Contagion script.

Let's be clear: Absolutely no drug or vaccine has been proven effective against the Ebola virus in human beings.

Since the Ebola outbreak began in March there have been many reports of isolated cases of the disease in travelers to other countries. None has resulted, so far, in secondary spread, i.e., establishing new epidemic focuses of the disease. As I write this, one such isolated case is thought to have occurred in Johannesburg, South Africa's largest city, and another suspected case reportedly died in isolation in Jeddah, Saudi Arabia, prompting the kingdom to issue special Ebola warnings for the upcoming hajj. It's only a matter of time before one of these isolated cases spreads, possibly in a chaotic urban center far larger than the ones in which it is now claiming lives: Conakry, Guinea; Monrovia, Liberia; and Freetown, Sierra Leone.

On Aug. 8, the World Health Organization (WHO) declared the Ebola epidemic a "public health emergency of international concern." In its pronouncement, the agency noted the urgent need for local government actions, such as the recently erected cordons sanitaires, and for global mobilization of medical resources. The WHO has repeatedly warned that this epidemic could persist for a minimum of six months, perhaps a year. The director of the U.S. Centers for Disease Control and Prevention, Dr. Tom Frieden, has concurred with that grim forecast.