That Shining Bunker on the Hill 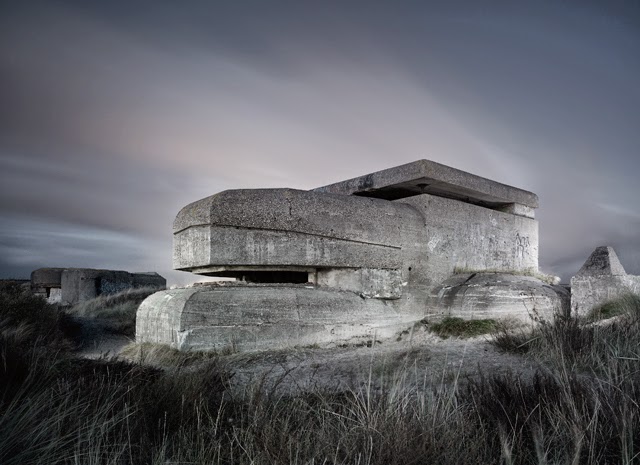 What else is there for a genuine, honest to God-Fearin', Warfare State?  Once you've militarized your economy, militarized your foreign policy, militarized your society with M-16s under every other bed, why would you not militarize your law enforcement agencies?  What is that beyond a sign of progress toward the evolution of illiberal democracy, nascent oligarchy as prescribed by the ascent of corporatist rule?

Ferguson, Missouri is not an aberration.  It's no fluke. That's what they tell you but it's not true.   It's a calculated atrocity that lies in wait in any number of hot spots across modern America.  There's a reason why America's national security apparatus, in collaboration with the private sector, spies on ordinary citizens, evaluates them via algorithms as either complacent stooges or potential resistors, threats.  It's the same reason why the Pentagon gives IED-resistant armoured vehicles and oodles of combat gear to the country's police departments. This is a nation that has lost its moorings; a country that takes to itself the right to execute its own citizens abroad without due process, a state that believes it has an inherent right to imprison and torture individuals permanently without charge or trial.  With that in mind, how can anyone get all queasy about cops reprising the role of storm troopers, a 21st century Waffen SS for unruly street corners?

I had hoped that Ferguson, Missouri would be the event that pricked America's conscience, that generated an unstoppable reform of the Warfare-Security State. That's not going to happen.  From the execution-style shooting of young Brown to the rampaging iron fist of a small-town Sturmabteilung, it was all a mistake, one giant screw-up.  For a brief moment the world was allowed to see what's lurking in the basement recesses of police stations across America - nests of body-armoured vipers armed with war-fighting weapons and an inclination to unleash them on ordinary Americans. 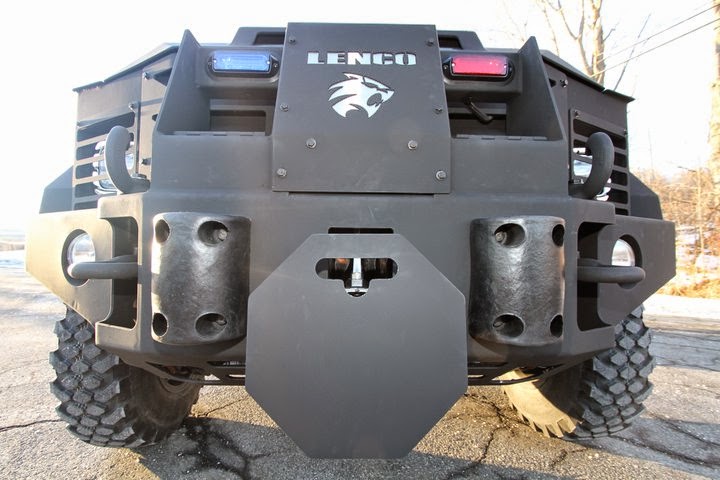 We got a glimpse at what we were never supposed to see.  The optics were terrible.  The mistake must never be repeated - until the next time.

Americans are brought up believing that United States citizenship is a blessing, a precious gift.  It is - until the day the state turns on its people, monitors their activities for signs of anything unusual, keeps lists. 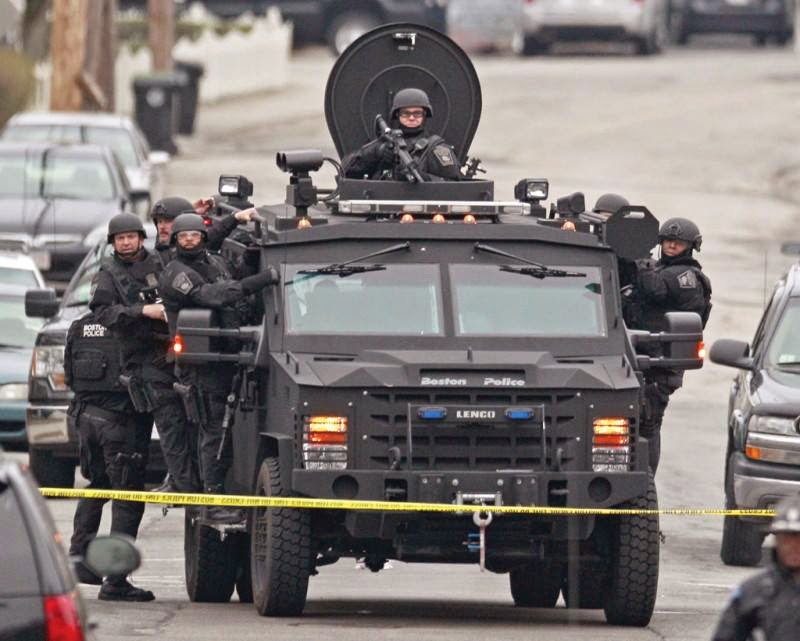 Roxane Gay, writing in The Guardian, says that Ferguson has been a demonstration of an "occupation ...in plain sight."

An alderman was arrested.  Reporters from the Washington Post and Huffington Post were arrested.  An Al Jazeera America news crew was attacked with tear gas and had their equipment dismantled. Nonviolent protestors were confronted by a police department that is, in fact, an armed militia. The crowd stood before armored personnel carriers and men wearing Swat gear.  There were snipers, aiming their rifles at unarmed, nonviolent citizens.

According to The New Republic, not all Americans were horrified at the outrages in Ferguson, including some of the residents of nearby, largely white community of Olivette.

A few weeks ago I drove into Prince George from the south behind an RCMP armoured tactical vehicle. It turned west at the intersection of highways 16 and 97. I found it more than a little chilling.

Yeah, I can understand that. In the 60s I was in a Detroit Police garage/motor pool. There in a corner, in police blue with white lettering, was an M-48 Patton heavy battle tank with the cannon and everything. A main battle tank - designed to destroy Russian main battle tanks!

'Cause I'm sure there were a lot of Russian tanks in Detroit in the 60's, yes?
I thought when I saw the armoured truck in PG that the Northern Gateway situation might be about to get ugly.

I think we're all becoming assholes now, including Canadians.

What's that, I keep hearing about the right to bear arms; it will keep tyranny at bay? Looks to me that the second amendment crowd, both in the USA and in Canada, is itself far, far out gunned and most certainly out smarted.