This Is What Happens When You Run Out of Water. 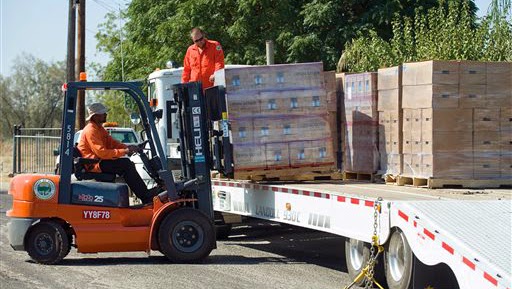 Could you get by for three weeks with 12-gallons of water?  That's a smidge over 45-litres which works out to about 2 litres per day.

In Porterville, California, the county Office of Emergency Services, has delivered bottled water to 182 households where wells have now run dry.  12-gallons of water per head.  Three weeks rations.  Two litres per person per day.


East Porterville resident Angelica Gallegos fought back tears as she described being without water for four months in the home she shares with her husband,, three children and two other adults.
"It's hard," she told The Bee. "I can't shower the children like I used to."
Farmworker Oliva Sanchez said she still gets a trickle from her tap, but dirt started coming out with the water about a week ago.
"I try to use the least possible. I'll move if I have to," she said.
Along with experiencing inconvenience and thirst, some residents have been reluctant to speak up about being waterless because they are afraid their landlords will evict them or social workers will take their children away.

To put that in perspective, the per capita water consumption for domestic purposes in Canada is 329-litres per day.

Meanwhile Texas is still holding out hopes for a long overdue El Nino to develop to bring "drought buster" rains this fall.

I somehow stumbled across an editorial in the Porterville Recorder dealing with the drought relief programme.  The op-ed laments that the local municipal council is using the emergency as a political football.  It seems there's an election campaign underway.

I was also struck by the libertarian views of the editors to a situation they describe as a "humanitarian crisis."

"While we strongly support efforts to help those residents who are without water, we do not feel taxpayer money should be used.  This needs to be a community effort and the city's role should stop at helping to coordinate all efforts, especially by volunteers."

Then again, this ad appeared just beside the op-ed. 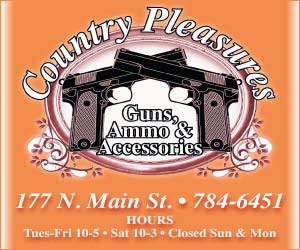 Have you heard of Tank Town? It seems a viable solution - particularly if municipalities got on board.

There's at least one state in the southwest (I think it's Arizona) where catching rainwater on your own property is prohibited. The idea is that rainwater is needed for the public water system and catching it is somehow theft.