How Norway Dodged "The Curse of Oil" 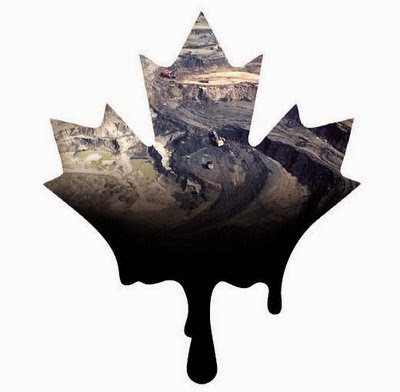 When it comes to petro-statehood, Canada is a lot closer to Nigeria than to Norway and more's the pity.  The Tyee's Andrew Nikiforuk has done a terrific job chronicling how Ottawa and Alberta have squandered that province's energy wealth.


As one of the centres of Norway's booming oil and gas industries, it is also a very wealthy place.
Yet there are few displays of ostentatious spending - there are no supercars with tinted windows, no designer handbag shops, and no queues of people outside exclusive nightclubs.
For while other countries have struck oil and then binged on the revenues, by contrast Norway is continuing to invest its oil and gas money in a giant sovereign wealth fund.
Continue reading the main story

We trust the government, we believe our tax money will be spent wisely”

Prof Alexander CappelenNHH Norwegian School of Economics
The fund, worth about $800bn (£483bn), owns 1% of the entire world's stocks, and is big enough to make every citizen a millionaire in the country's currency, the kroner. In effect, it is a giant savings account.
What's critical and what no Albertan since Peter Lougheed has had the mental capacity to grasp is that flooding the local economy with oil wealth is ultimately destructive.  It creates inflationary boom cycles in which wealth literally evaporates.  And, of course, those boom cycles lead to terrible bust cycles whenever world oil prices plummet.  Which is when you'll see a load of Wild Rose pickups sporting bumper stickers like this:

This is so true. If provincial governments in Canada so choose, our governments could get off the roller coaster of commodity booms and busts. A new commitment to saving the proceeds of Canada’s natural resource riches stands the best chance of ending what has become an increasingly hair-raising ride. The only difference between Newfoundland (the third richest province), Sask and Alberta is, Newfoundland doesn't flaunt its 30-35% royalties (depending on which oil well) Danny Williams fought the Federal Government for by standing his ground. Still, it is very short sighted not to have a future's fund especially since the Newfoundland off shore oil wells have a short life span.

That will never happen, Anyong, so long as we have politicians without enough spine to levy direct taxes to meet their expenditures. They like their spending power (although it's usually misdirected) and its ability to get them re-elected but they can't bring themselves to raise taxes. They would sooner put their governments in structural deficits and pass the long-term debt on to future generations.

I understand your reply to my comment completely. Anyong