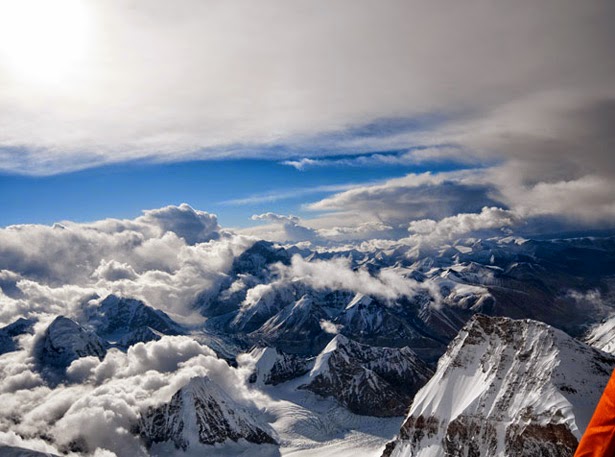 To Asia's three nuclear powers, the Tibetan plateau represents life or death. China, India and Pakistan are all dependent on the headwaters of rivers that are fed by the glaciers in Tibet.  The geo-political enormity of these rivers drove China to invade and occupy Tibet in 1950.

What happens in the Himalayas powerfully impacts the security of these three Asian powers.  That's why a new study on the state of the plateau is particularly worrisome.

The report from the Chinese Academy of Sciences concludes that the Tibetan plateau has experienced double the average level of global warming and that the past fifty years have been the warmest in the past two millennia.  Further warming is predicted for the balance of this century that could accelerate the retreat of Himalayan glaciers and the spread of desertification.

The rivers fed by the Himalayan ice fields constitute the water supply to hundreds of millions of people in Asia.  These rivers include the Yellow and the Yangtze, the Mekong, the Bhramaputra and Salween, the Indus and the Ganges.
Posted by The Mound of Sound at 10:03 AM