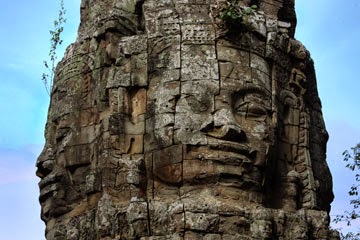 Tuesday marked Earth Overshoot Day, 2014.  August 19th was the day by which humankind had consumed an entire year's production of renewable resources. Overall that means we're using resources more than 1.5 times the rate at which the Earth can replace them.  EOD is a moving target that, unfortunately, keeps moving in the wrong direction.

Overshoot Day got me thinking of a study that came out in March that found abrupt societal collapse was and will be triggered by two factors - overconsumption and inequality.  The researchers concluded that today's global civilization is in the throes of these very forces.

Among the findings, an egalitarian society that limits consumption to less than the natural carrying capacity of its environment can achieve an equilibrium.  Failure to live within our environment's limitations (see Overshoot above) inevitably leads to collapse.  Likewise, inequality, if not held in check, grows exponentially, also leading to collapse.  The rapid rise in inequality over the past three decades suggests we're also in the end-game phase envisioned in this research.

And so the question is, now that we've got the data and this research, what are we going to do about it?  Steady State or Full Earth economics specifically addresses what we need to restore our society to a state of equilibrium but we're saddled with a political class (in Canada, all three major parties) that are absolutely obsessed with perpetual, exponential growth.  There are two locomotives racing toward each other headlong on the same track.  One is being driven by our political class. The other is being driven by reality.  How do you think this ends?  Abruptly?

It's not that we can't see the future, Mound. We simply refuse to see it. Like children watching a suspenseful movie, we shut our eyes to what is immediately before us.

Indeed, I think we know how this story ends, don't we, Mound?