Have You Heard the Latest? 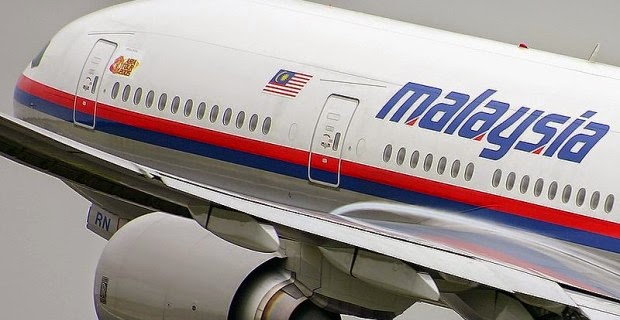 Have you heard the latest about last month's Malaysian Airlines MH-17 shootdown over Ukraine?  No? Neither have I.

When the Boeing 777 plunged to the ground killing everyone aboard, Western leaders were quick out of the gate to finger Vlad Putin, directly or indirectly, and Ukraine's pro-Russia separatist militias for downing the jetliner.

America is supposed to have that area under satellite observation.  American technology is supposed to be able to spot and identify the launch of a surface-to-air missile that, we were told, downed MH-17.  Meanwhile the Brits have had the aircraft's intact flight data recorder and cockpit voice recorder for more than two weeks.

All of which begs the question why Washington and London have gone silent about this tragedy?  In the past when they had hard evidence of this sort they went public with their findings in short order.  Not this time. Why?

Former congressman, Ron Paul, says America knows more than it's letting on and is "likely hiding the truth."
Posted by The Mound of Sound at 8:33 AM

It's more yellow-cake. That's what I've been calling it.
A tragedy happened, and the USA government was quick to not only accuse the Russian government of the attack, but convict it in the court of media.
Without an actual investigation, I might add. They just knew it was the Russians, right away.

Is a Ukrainian army uniform distinguishable from a Russian uniform? I thought they were all wearing the same gear.

Ah, yellowcake. Yes that does sum it up nicely. The data and voice recorders were recovered intact. Why don't they tell us what's on them? Where are the US satellite data?

The Russians have maintained MH-17 was being stalked by a Ukrainian Su-25 attack fighter. At first it was denied, saying this warplane could not reach the jetliner's altitude. Turns out it can. Still, at its limited airspeed, flying an intercept would take a great deal of skill.

At any rate, I don't think we can say what happened to the jet. Both forces had the means to shoot it down. Perhaps it is slightly more likely that the Ukrainian-Russian rebels shot it down. But we should wait and see (and accept that we might never know).

In the context of trying to figure out the resolution to the Eastern Ukraine conflict, it probably doesn't really matter who shot it down. It was obviously a mistake whoever did it. Perhaps Obama and Putin both agree on that: the plane is not relevant to any negotiated solution. Which may be why if Rand Paul is right and the US is hiding something, it is for diplomatic reasons.