The Anchor Around Our Necks - Neoliberalism 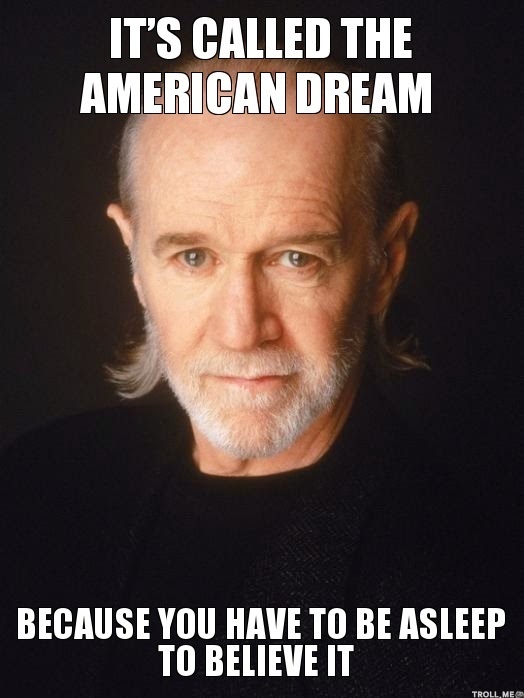 Modern neoliberalism, of the Hayek and Friedman schools, has been defined as "capitalism with the gloves off."  Today it's a term associated with laissez-faire capitalism, deregulation and free trade.

Neoliberalism has made deep inroads into our federal body politic.  Stephen Harper is a disciple.  Our opposition leaders appear less neoliberal than their prime minister but it could be argued that is a matter of degree.

Few dare mention it but the spread of neoliberalism has ushered in the rise of corporatism at the direct expense of social democracy.  Nowhere is this more obvious than at our Head Office, Washington, where the transformation that began with Reagan is manifested in today's "bought and paid for" Congress. There's even a term for what has happened. It's called "political capture." The political apparatus, the levers of power, have been captured by monied interests such that America today is no longer a government "of the people, by the people, for the people."  The United States is becoming an increasingly illiberal democracy which is a fairly widespread trend in the era of neoliberalism. A study to be released by Princeton this fall will contend that America is no longer a genuine democracy at all but an unfreely elected oligarchy.

Our democracies have always witnessed the struggle of capital versus labour and we have attempted to balance those competing forces in the awareness that domination by either would not be in the interests of the nation.  Theodore Roosevelt addressed this in his "Square Deal" speech in 1910.  It was the principles restated by Roosevelt and others that led to the progressive era and, in the second half of the 20th century, to the greatest middle class that has ever been known that, in turn, brought America to the pinnacle of world leadership.  And then, along came Reagan, Thatcher and their man in short pants, Mulroney.

Today we need to consider the utility of neoliberalism and neoclassical economics in our rapidly changing reality.  What worked reasonably well in the past (well enough that we were often willing to look the other way at its excesses) may become unsuitable to the future.  We're already feeling the "early onset" impacts of a number of forces including climate change, over-population, over-consumption, domestic and global inequality, and the depletion of both renewable and non-renewable resources.  Our struggle to externalize these negatives is no longer keeping pace with their growth.

An article from Australia's Business Spectator, addressed Thomas Piketty's views from his book, Capital, in the context of climate change.  It reminds us of how modern neoliberalism poses a grave threat to the continuation of our global civilization.

It seems to me that the main issue in terms of addressing the climate change problem is that, if we agree to reduce emissions now – and there is currently no global agreement in sight that provides for such reduction – people living in the future will benefit, not those living today. But we will, today, bear the costs of reducing such emissions.

Stern in The Economics of Climate Change, better known as the Stern Review, concludes that strong action on climate change is urgently required; Nordhaus’s view is not so much. Nordhaus thinks climate change requires only a modest response now, with more significant action delayed for decades (read more in A Question of Balance and The Climate Casino).
The discount rate accounts for these different approaches. It weighs future people’s benefits against costs borne by people in the present. If a cost benefit analysis uses a high discount rate, it discounts future benefits to a high degree, giving little weight to the interests of future people – on the basis that future people will be cleverer, richer and they’ll work it out (the Nordhaus approach). In contrast, Stern uses a low discount rate, and asks the present generation to make urgent sacrifices for the sake of future people.
...Put another way, these questions highlight why the market may fail to adequately address the climate change problem. As Harvard’s Martin Nowak says: “Even if you want to cooperate with the future, you may not do so because you are afraid of being exploited by the present”.
The prevailing view at the international level about action on climate change seems to be, “Why should I care about future generations? What have they ever done for me?” And it’s those views about what future generations are worth that will determine climate change policy in 2014 and beyond.
The fallacy inherent in this sort of neo-liberal world view is that it focuses on "what have future generations ever done for me?" instead of acknowledging what we have already set in store for those future generations, what we have deprived them of, and how our reluctance to "sacrifice" will inevitably make their plight that much more miserable.  These same voices that so loudly champion responsibility in others, themselves choose to duck it when it comes to deferred costs that they can treat as externalities.  The conditions we have created have already benefited us enormously.  We've taken the benefits but we expect future generations to carry our burden.
Neoliberalism is a perverse mindset that treats dealing responsibly with current indulgences that have future costs as "sacrifices."  And that, in a nutshell, is why it's a lethal philosophy, attractive as it is to today's political classes.  These types have no answers as to how our society is to get through the challenges we will face for the remainder of this century much less beyond that.  When it comes to the future, they're asleep at the wheel and our kids are sleeping in the backseat.
By the way, World Overshoot Day 2014 is about a week away.  That will be the date on which the scientists at the Global Footprint Network calculate mankind has consumed a full year's worth of renewable resources.  We're already using up more than 1.5-times our planet's ability to replenish our natural resources something that is manifest in our depletion of fish stocks, and forests; the spreading exhaustion of our farmland; the exhaustion of freshwater resources and the steady accumulation of pollution of our soil, our water and our atmosphere. The rate of this depletion is increasing every year and we're going in the wrong direction ever faster.  Again, your leaders have no answers for this enormous threat.  It defies their chosen worldview.

We may be in the backseat but there's still time for us to wake up.  We just need to find someone better to do the driving.  Time is not on our side.

"Neoliberalism is a perverse mindset that treats responsibly dealing with current indulgences that have future costs as 'sacrifices.'"

Once upon a a time it was conventional wisdom that the present generation made sacrifices for future generations.

Neoliberalism underscores the triumph of narcissism.

Agreed, Owen. Neoliberalism was instrumental in the exclusion of posterity as a factor in public policy and planning. In so many ways it is devoid of realism, it's narrow focus serving even narrower ends.

"Neoliberalism underscores the triumph of narcissism."

I love this line. It's a keeper. Made my evening.

For anyone who might have missed it, the full Carlin....

Thanks, Anon. I added the clip to the post.