Israel & Palestine - It's All a Game of Who Controls the Narrative 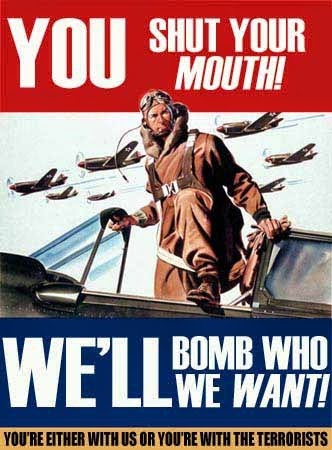 And it's a game in which Israel and its collaborators abroad consistently win.  The side with the loudest, most professional voice - Israel, of course - gets the all important advantage of fixing the beginning of the conflict.  Israel decides what started it and exactly when.  What happened before that carefully selected start point is conveniently omitted by people like Harper & Co, and his associates, J. Trudeau and T. Mulcair.  Le Monde captures this reality:

...inspiring pity is not an effective political weapon; it is better to control the account of what has happened. For decades, we have been told that Israel is “responding” or “retaliating”. The story is always that of a peaceful little state, poorly protected, without a single powerful ally, which manages to win through, sometimes without a scratch. And the confrontation always starts at the precise moment when Israel appears as the victim, shocked by misfortune — an abduction, an attack, an act of aggression, an assassination. A commentator will express indignation that rockets are being fired at civilians; then another will argue that the Israeli “response” was much more murderous. Score, one all, ball still in play.

And everything else, everything that matters, is forgotten: the military occupation of the West Bank, the economic blockade of Gaza, the colonisation of the land (1). News channels never take the time to go into details...

Israel's "cut and paste" reality is instrumental to its control of the narrative that, in turn, allows its overseas sops to support its butchery as the mere exercise of the right of self-defence.
Posted by The Mound of Sound at 3:00 PM

What you clearly forget is the long litany of relentless Arab and Palestinian attacks, a tradition once again illustrated a month ago by the barrage of rockets Hamas fired (after thousands of others before) on Israel. But we shouldn't pay attention to that, should we. Oh, what do you know? Just as I write this, the Red Alert app just rang, signaling yet another rocket attack from Gaza. God forbid that we should ever hold the Palestinians at a minimum responsible for their constant aggressions! Good thing you're here to reassure us that Israel has full control over the narrative. Because, as you pointed out, that's all that matters, right? You are one hell of a moron.

And what preceded those rocket attacks, jjs? All those ineffective rockets, fired in their numbers, were less effective than one Israeli 500kg. bomb dropped on a residence or your tank rounds fired into UN schools.

That Red Alert app you mention that apparently "just rang" is a dandy way to stoke public fear and anger although if you were remotely fearful of incoming rocket fire you wouldn't be sitting at your computer writing such obvious tripe when you needed to be diving for cover. You're either not particularly interested in your imminent doom or you're just another greasy internet troll. I'm betting it's the latter.Have a nice day.

The elephant in the room ,which is mainly ignored by the media is that Israel is militarily occupying Palestine.They also control all of the Palestinian movements and how about the destruction of their homes and the confiscation of Palestinian land? Gaza has been described as an open prison. While I do not agree with the Palestinian violence in sending rockets to Israel, I understand why they are doing it.Does Israel really think that they can occupy and steal Palestinian land,abuse,oppress, and murder civilians and that Palestinians will do nothing! Again I do not support Palestian violence against Israel, but I do not see Israel as the victim here.
Get the hell out of their country!